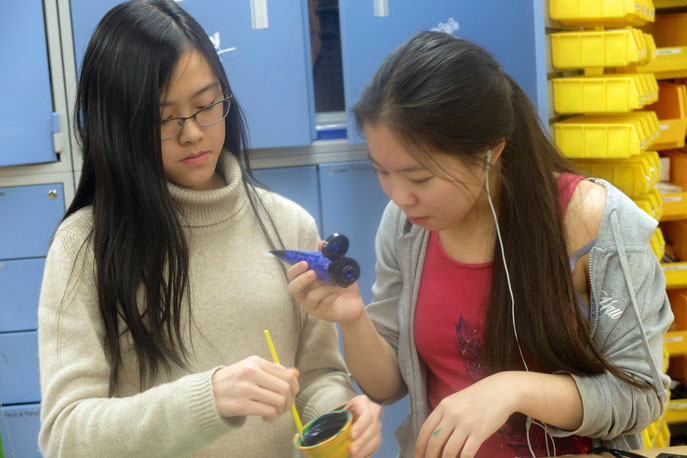 The goal at Livingston’s Heritage Middle School was to increase girls’ involvement in STEM education. The result was the FemGineers Female Engineering Club.

The club began with a group of ten eighth-graders, founded exclusively for girls to design and build solutions to real world problems. Students meet on their own time, before and after school, and learn to become problem-solvers, innovators and inventors. On any given afternoon, at Heritage Middle School, the science lab is as busy as Grand Central Station as student engineers do their work designing utopian cities. The school board has also invested in renovating and providing technology for the lab.

In just five years from its inception, the program has grown to include more than 60 girls, who compete in the National Engineers Week Future City Design Challenge. Club members present their designs at the New Jersey regional event for Future City, at Rutgers University, where they consistently win top prizes. Administrators report improved math scores on standardized tests. In addition, many more female students are taking higher level math and science classes at Livingston High School, and the club has helped close gender inequities seen in Livingston math and science classes.

A winner of the National School Boards Association’s Magna Award