Livingston students built snowmen – on computers – and more, during the district’s Hour of Code, held as part of the nationwide initiative sponsored by Computer Science Education Week and Code.org.

The idea was to introduce students to computer science and computer programming, and the rapidly-expanding and increasingly-important field of coding. Coding is the art of telling a computer how to perform complex tasks. As part of the Hour of Code in Livingston, first-graders worked on a Disney “Frozen” tutorial that allowed them to code the snowman from the popular movie. Older students created shapes, lines and colors with code; built a galaxy; and more.

Livingston is moving forward on plans to increase its investment in educational technology, and plans to continue participating in the Hour of Code in the future. 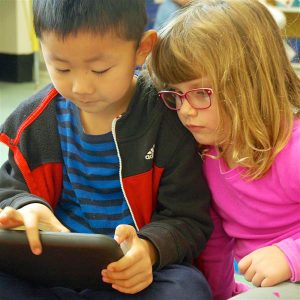 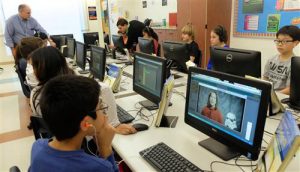