Former Atlantic County School Boards Association President Robert (Bob) Iannacone died on April 10. He was a member of the Galloway Township Board of Education for more than 20 years.

Bob also represented Atlantic County on the NJSBA Board of Directors for five years, 2009-2013.

Bob was president and vice president of the Atlantic County SBA from 2003 through 2007. He was Galloway’s delegate to NJSBA and served on the state Association’s construction and facilities committees.

Born in Paterson, Bob was a member of the Sheet Metal Workers Local Number 10 union, served as sheet metal project manager for numerous Atlantic City casino construction projects, and ran his own business.

In addition to his school board service, he was a baseball coach for the Galloway Township Athletic Association and served as vice president of the Galloway Township Police Athletic League.  Prior to moving to Atlantic County, he was a member of the Mahwah Co. 1 Ambulance and Rescue Squad and a volunteer firefighter and the treasurer of the Mahwah Fire Department Co. 1.

“Bob was a highly regarded member of his local school board and his community,” commented Dr. Lawrence S. Feinsod, NJSBA Executive Director. “He cared about children and the quality of education they received. We appreciate his service to NJSBA, the Atlantic County School Boards Association and his community and offer our sincerest condolences to his family.”

An obituary, including information on funeral arrangements, has been posted online by the Wimberg Funeral Home of Galloway. 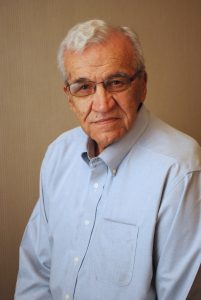