In a recent informal survey of readers, School Board Notes tackled the issue of education foundations, the independent non-profits that raise money for district schools. These organizations are usually run by community volunteers and typically work closely with district administrators to fund worthy projects. An education foundation can provide funds for enrichment activities, special equipment, outside programs and training programs for teachers that would otherwise not fit into a district’s budget.

Of those respondents who said their district does not have an education foundation, the most common reason – cited by one-third of respondents – for the absence of such a group was “there is no one who is willing to manage the process.” 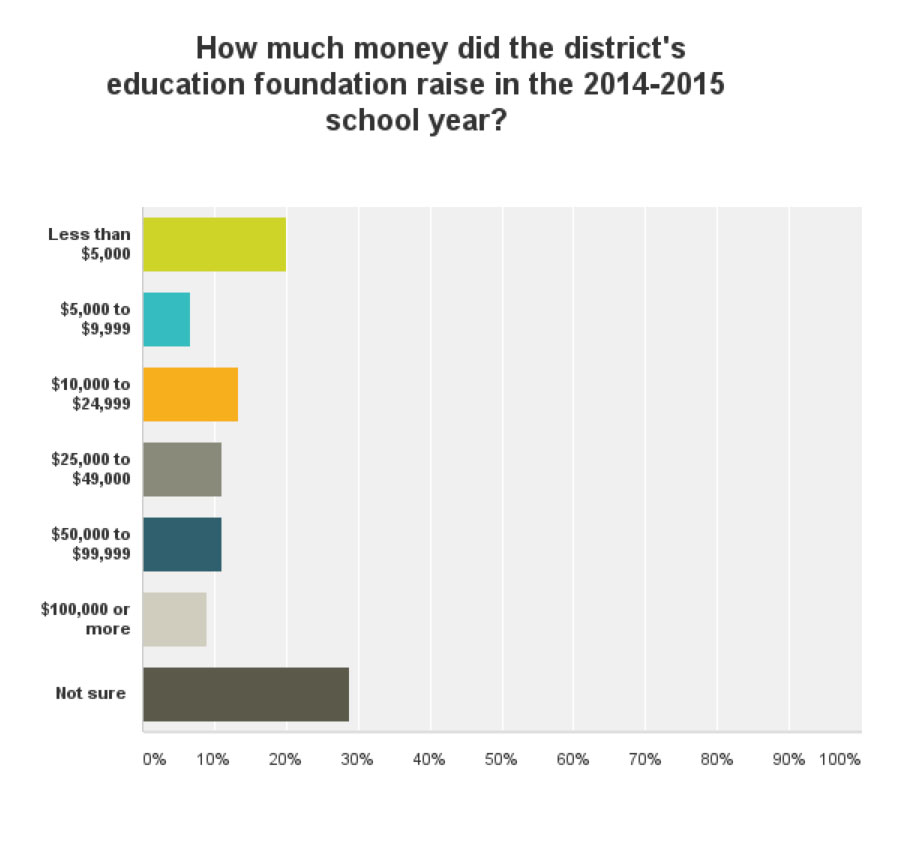 Comments about Education Foundations Survey respondents were given the opportunity to express their opinions on the general topic of education foundations. Excerpts of some replies are below:

The ed foundation recently ran a membership campaign drive (due to a majority of member resignations) to educate the community on how the foundation’s fundraising efforts supports fund- worthy projects benefiting students in the school district.

Getting appropriate levels of taxes in a system to fund our thorough and efficient model should not have to be subsidized.

Our education foundation provides scholarships to graduating high school seniors. It does not provide any other grants, nor does it provide programs or donations of any educational materials etc.

They are extremely helpful. Not only have they consistently given scholarships each year, they are a conduit for donations and have, in the past, provided items for the district that couldn’t be purchased at that point because of budget constraints.

I think they are great; I wish teachers applied for more grants.

There is the potential for conflict with H.S.A. or P.T.A. over who funds what, and stepping on each other’s toes.

This is the second time our foundation has tried to organize (many years ago it fizzled out); they need more people to get involved.

They are a great source of funds to support the purchasing of needed and important initiatives, especially in technology, in our schools. Having a formalized structure for communications and decision making between the board of education, the superintendent, other stakeholders and the foundation is critical to success.

We have an excellent foundation whose members are committed to our school district.

Keeping active trustees and supportive helpers is the biggest challenge with our foundation.

Too many education foundations function as yet another PTA/PTO type of organization and do not focus on philanthropy and long term projects.