Calling on fellow school board members from across the nation to be inspired by the promise of the Class of 2030 – those students who will be entering kindergarten this fall – new National School Boards Association President Kevin Ciak, of Sayreville, addressed the General Session of the NSBA on Monday, March 27.

“As school board members, we power the future of our nation’s economic engine,” said Ciak, a former president of the New Jersey School Boards Association, who was inaugurated to lead the national organization during the NSBA Annual Conference in Denver. “The stakes are too high for us not to succeed,” he said.

Ciak, who was elected to the Sayreville board at age 19, and has served on the board in his hometown for more than 20 years, was sworn in as president by NJSBA Immediate Past President John Bulina. Ciak was accompanied on stage by both his mother and a fourth-grade student from the Sayreville schools.

NJSBA President Donald Webster Jr., who served as master of ceremonies at the inaugural ceremony, and Dr. Richard Labbe, superintendent of the Sayreville schools, gave remarks.

A strong New Jersey delegation represented the state at the national conference, which drew nearly 6,000 attendees.

The legislators praised Ciak’s “devotion to the highest ideals of public education,” stating that he is “an individual of strong character and exceptional determination” who has “earned the respect of all who know him and has set a standard of excellence toward which others might strive.”

Feinsod noted that Ciak has devoted his entire adult life to his local school district and public education in New Jersey, and is also a statewide leader who continues to work mentoring new school board members through NJSBA.

“Kevin is the ultimate role model for school board members,” Feinsod said. “It is not often that you come across someone as strong in belief, and as committed in principle, as Kevin.”

The first New Jersey school board member to be elected president of NSBA in 50 years, Ciak is a past New Jersey School Board Member of the Year; past president of the Middlesex County School Boards Association; and has held numerous other leadership roles. Professionally, he works in finance management, and is trained as an engineer. He graduated from Rutgers University.

In his first speech to the NSBA General Session as president, Ciak urged education leaders to “be an even stronger voice” and work to ensure the success of all public school students. While he noted that many of the country’s 50 million public school children face challenges, he said that should not stop school leaders from working to ensure that all children achieve their dreams. To reach that goal, he urged board members to help take America’s schools from “good” to “great.”

Ciak told attendees from school boards across the nation that he welcomes the opportunity to visit with state school board associations, and visit local school districts to view innovative educational programs. He also referenced NSBA’s national campaign to support public schools.

“Together, we will Stand up for Public Schools!” Ciak said.

For more about Kevin Ciak, please see the March/April edition of School Leader. 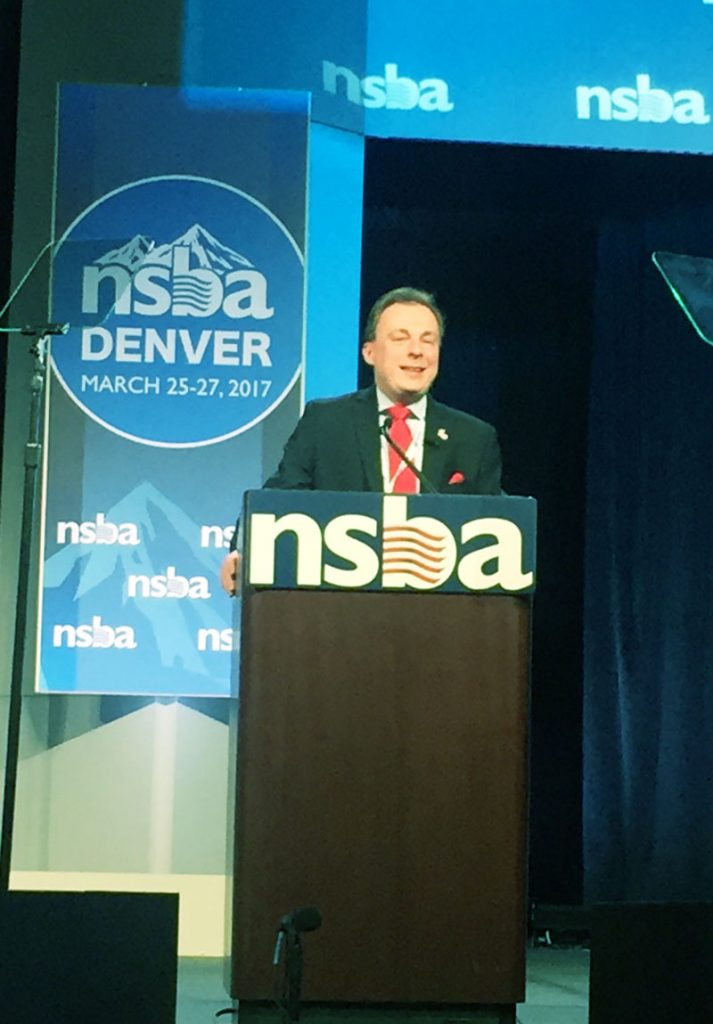