“A tip of the hat to John Henry for his incredible work with the Mercer County Technical Schools, which made this award possible and represents the importance of STEAM education for all of New Jersey’s students,” said NJSBA Executive Director Dr. Lawrence S. Feinsod.

“Mr. Henry provided the MCTS faculty with professional development in the area of problem- and project-based learning that has led to the creation of several exciting new student participation programs,” Schneider said, “including the MRE SKILLS USA Challenge Competition and the I Survived High School Challenge.”

“He is also providing on-going help in our sustainability initiatives,” Schneider said.

The MRE (Meals-Ready-to-Eat) Challenge, held at MCTS on March 2, allowed 12 teams of high school culinary students from across New Jersey to put their skills to the test in a cooking competition designed to develop innovative ways to make military field rations taste better.

The I Survived High School Challenge, held on November 7, paired teams of MCTS Culinary Arts and STEM Academy students in a wilderness survival test, conducted with the assistance of the U.S. Army. The test required students to demonstrate survival skills such as creating fire, building shelter, foraging and orienteering in the woods on the grounds of the Arthur R. Sypek Center in Pennington, N.J.

The grant helped MCTS purchase a solar-powered golf cart for the automotive programs, solar and wind technology kits for building maintenance trades students, and the solar tubing for hydroponics needed for culinary and horticulture students to conduct plant experiments.

Henry is also providing ongoing consultation for the development of the Sustainable Building Trades Academy being created at MCTS.

In other work for the NJSBA, Henry has partnered with the U.S. Army to create the annual STEAM Tank competition. About 400 student teams submitted entries last year, where they conceive and build products that solve problems. Judges evaluate the entries. The contest is modeled on the popular Shark Tank television program. 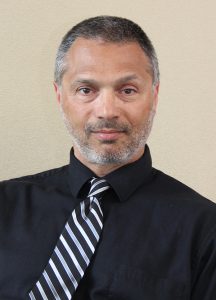