This is not a contest, but it is a celebration of the spirit of service. The honorees this week are Alita Das Thomas of Florham Park, Morris County, and Tom Cassio of South Plainfield, Middlesex County. The others who were selected will have their profiles and pictures published in the weeks ahead, as time and interview schedules permit. 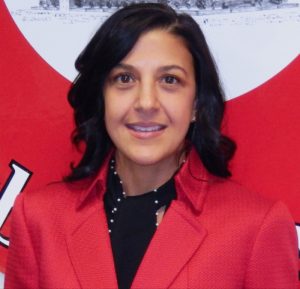 When she’s not helping schoolchildren as vice president of the Florham Park Board of Education, Alita Das Thomas spends her days (and many nights) working with the Police Unity Tour, a group of thousands of bicyclists who, nationwide, have raised more than $28 million to honor law enforcement officers who have lost their lives in the line of duty.

“We Ride for Those Who Died” is the group’s slogan. The money they raise goes to keep the memories of the officers alive through a memorial and a museum. They help give aid and comfort to the family members left behind.

“We have a candlelight vigil each year at the national mall (in Washington, D.C.). It’s attended by 30,000-plus people. These are all survivors who come. You’re just touched to the core by the sense of loss in that crowd,” Thomas said.

In May 1997, the Police Unity Tour was organized by her husband, former Florham Park Police Chief Patrick Montuore, who retired as chief in 2016. What started with 18 riders on a four-day fundraising ride from Florham Park to the National Law Enforcement Officers Memorial in Washington, D.C. has grown into nine chapters consisting of nearly 2,500 members nationwide. Many make the trip annually.

The Police Unity Tour dedicated the 2010 ride to the restoration of the walls of the National Law Enforcement Officers Memorial. The $1.1 million restoration project included the re-engraving, coating and sealing of the 18,983 names on the memorial as well as the cleaning of the walls and other memorial improvements, according to the group’s website.

An attorney, Thomas serves the Police Unity Tour as the manager of law enforcement relations.

“It’s amazing, some of the stories that have come into my life,” she says, “stories of people who died trying to help another. It’s an emotional job that we have. We do what we can to help them. We work for them with compassion and empathy, but also strive to advocate for them, so their voices are heard, even though they have passed.

Florham Park Superintendent Steven Caponegro nominated Thomas for the recognition, saying she has “exemplified the term ‘spirit of service’ ” during her six years as a member of the board of education.

In addition to her work with the Police Unity Tour, he said she has initiated districtwide special education and social-emotional learning programs. She was an advocate for hiring the district’s SLEO-3 security officers, and she initiated a Food Allergy Support Group program at the Brooklake School in the district to help students cope with their allergies and to raise community awareness of the problem.

Thomas said she never wakes up wondering whether what she has chosen to do with her life is making a difference.

“It’s a joy, and it’s really an honor to be serving those in law enforcement,” she said. “I wake up every day very passionate and proud of what I do.”

Spotlight on Service: Tom Cassio, South Plainfield Board of Education 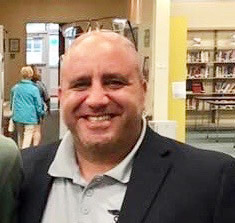 South Plainfield Board of Education Vice President Tom Cassio always has a lot going on, and that’s the way he likes it.

He’s happiest when he’s cooking – pancakes for seniors. Burgers and hot dogs for 1,000 people at the local National Night Out.

“It’s funny. We have a tailgate truck. We tailgate at Rutgers football games, and we tailgate for the wrestling team, for their recruits and parents.” His partner’s son is a champion wrestler at Rutgers.

“In years past,” he says, “we used to tailgate for my son’s baseball games at the high school. We’d pull the truck up. I’d pull out the big grill. I would cook meat on a stick. Chicken kabobs.

“It’s funny. My son’s junior year, they never lost at home. Because I told them, if you lose, I don’t feed you!”

He laughs. After his son’s baseball games, “they’d drop all their stuff and run to the truck. We’d tailgate for about an hour and a half, until it got dark. I’d feed all the kids and their parents. I’d send out an email to the parents. Everybody would bring something.”

His family has owned Twin City Pharmacy and Surgical since 1972, and Cassio has been a co-owner for the past 13 years. He is in business now with Bill Ashnault, his cousin-in-law, and Sandy Casio, his first cousin.

“Her dad and my dad started the business,” he said.

Being the co-owner of a local store gives him the flexibility he needs to coach and attend meetings during the day.

“We can run out to a 3 o’clock practice and then go back to work,” he says. He’s served the board of the South Plainfield Junior Baseball League for 11 years. He led the effort to replace a playground that “was not up to code.”

Living in town all his life, he says, is an advantage.

“Guys kind of lean on me to get stuff done,” he says. “Living here all my life, I’ve got a lot of contacts. If I ask them to do something, they’ll do it.”

His involvement with the board of education began after his first wife, Mary Beth, died in 2012.

He had been married 14 years. His wife “had a liver transplant — twice. … Basically, it was like she had the flu one day and it went into organ failure. She needed a transplant like a week after she was diagnosed, and that lasted seven years. Then she needed a second one, and that lasted seven years. She got sick just before we got married. We had to postpone the wedding.”

When his wife died, he married Siobhan, an Irish schoolteacher who once lived around the corner from him.

“I got remarried, and everything kind of calmed down in my life,” he said, which left a little more time for him.

When he first joined the board, the community approved a referendum. A new track and field house were built. HVAC systems were fixed in most schools. Windows were repaired. In recent years, the South Plainfield high school’s academic rankings have climbed.

He’s got a full plate, but he likes it that way.

“I’m honored to be chosen for this recognition,” he said, “but I definitely could not do it without the help of my family and friends. We do this together, and we do it for the right reasons.”