This is not a contest, but it is a celebration of the spirit of service. The honorees this week are Bob Baker of the Somerset Hills Board of Education in Somerset County and Todd Fliegel of the Allendale Board of Education in Bergen County. The others who were selected will have their profiles and pictures published in the weeks ahead, as time and interview schedules permit.

Spotlight on Service: Bob Baker, Somerset Hills Board of Education 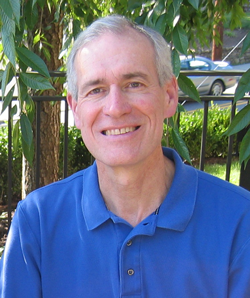 Bob Baker’s retirement 13 years ago, at the age of 57, gave him the time and the energy to serve a multitude of projects as a volunteer – in addition to his service on the Somerset Hills, Somerset County  school board.

He has not squandered the opportunity. Through the Mansion in May project – where the public will have a chance to tour a 35-room mansion in nearby Harding, decorated by 35 different interior decorators – he is helping the Women’s Association for the Morristown Medical Center raise $2 million for the expansion of the center’s Gagnon Cardiovascular Institute.

“I’m the only male chairman of the group. I’m in charge of transportation and parking. Nobody wants to do that. It’s a logistical nightmare. As an engineer, I find it kind of fun,” he says. There are 35 spaces that interior designers will redo, he adds, each “on their own dime.” Landscape designers will showcase their work in half a dozen outdoor gardens at the property. For $50 ($40 if they buy their tickets before May 1), the public can see a multitude of design ideas while helping raise money for an excellent cause.

But that’s not all he does. A resident of Bernardsville, Baker is treasurer of the Friends of the Bernardsville Public Library. He plans to help bring an 18-hole mini golf course inside the library. As he explains it, a fundraising company – Library Mini Golf, from Connecticut – arrives with a truck. The 18-hole golf course is on the truck, and while the fundraiser is going on, the golf course is actually set up inside the library. Local businesses sponsor each of the holes, and the hazards on the course can match the sponsors.

If an optician sponsors a hole, for example, eyeglasses might be scattered around. Students at the local school have made other imaginative hazards for the course.

With the tax season approaching, he also volunteers to help people with their taxes.

About 13 years ago, a person at the library who had been running the tax program had been completing the returns by hand, using a pencil and paper. As computer software became available – and more effective at catching errors – Baker was happy to take on the responsibility.

He has loved using computers since 1985. Tax returns, he says, are “like a puzzle” that he enjoys completing.

“Most people who try to do it by hand make lots of algorithm mistakes,” he says. “Never do your taxes by hand. You’re not going to cheat the government, you’re going to hurt yourself.

“The biggest error people make is they forget that unemployment is taxable,” he says.

Baker is also chairman of the Bernardsville Green Team, a volunteer community group supporting the mission of Sustainable Jersey, a certification program for municipalities interested in sustaining their quality of life while minimizing their impact on the environment.

Baker’s group collects household products that might otherwise be disposed improperly in landfills, and it also hands out hundreds of seedling trees to people who participate in the program.

“Some people just come for the trees,” he says.

When he was working, Baker traveled around the world for Factory Mutual Insurance, a company based near Providence, Rhode Island. He was a “risk engineer,” advising companies how to avoid fires, explosions and accidents. If they heeded his advice, Factory Mutual would ensure the manufacturing site for a reasonable rate.

His mother was a school teacher; his grandfather was an assistant superintendent of the St. Louis school system.

Baker, now 70, says he doesn’t take his position on the Somerset Hills Board of Education for granted. He recently won re-election by a single vote.

“I do enjoy being retired,” he says. “Every day is something new and different. I can manage my own time. I’m my own boss. But if I say ‘yes’ to something – I’m gonna do it.”

Spotlight on Service: Todd Fliegel, Allendale Board of Education 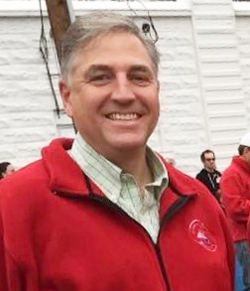 When he’s not serving the Allendale Board of Education in Bergen County, Todd Fliegel often finds himself working with the Holiday Observers, a 101-year-old organization dedicated to preserving holiday traditions throughout the year, but especially on the 4th of July.

“No one outside of Allendale really knows what the Holiday Observers is,” says Fliegel, who is serving his first year as president of the group. “To be a member, you have to be a resident.”

Back in 1919, when Allendale was a purely rural community, approximately five families pooled their fireworks together on the 4th of July and had a fireworks display, he says. In the 1920s and 1930s, the town had a way of announcing that community events were about to begin.

“In those days, the fire bell was rung to tell all the kids to come down to the municipal park for field events. Holiday Observers would run the field events and give ribbons to the winners. Then, in the afternoon, food was sold at a reasonable price,” Fliegel says.

“We still do a lot of the same things on the 4th of July that we did 100 years ago,” he explains. “But we have expanded to Halloween, and in December we give gift cards and food cards to needy families in Allendale.”

“Since World War II, we have been sending care packages to armed service members with connections to Allendale. We’ve sent packages to Afghanistan and Iraq. In the old days, it was to Vietnam and Korea.

“We do Water Festival Day on the Saturday of the Labor Day weekend,” he says. There are swim events, cannonball contests, “and little toddlers in the shallow water picking up golf balls. It’s a lot of fun stuff for the kids.”

Fliegel says he believes that the Holiday Observers play an important part in preserving the town’s traditions.

Even today, Allendale preserves its feeling of being a caring community, with a population of about 7,000 people, Fliegel said. “Members of the community who have been in town for generation after generation, people come to us and tell us they remember doing the sack race on the 4th of July when they were kids, and it’s the very same sack race we do today.

“I think people who are new to Allendale pretty quickly understand how Holiday Observers binds us together. It’s a community creator,” he says, of about 118 members.

Holiday Observers preserves “all the nice traditions,” says Fliegel. “The fireworks, how the band plays before fireworks. A lot of communities have lost that.”

When he’s not one of the five members of the board of education, Fliegel says, he works hard to keep the town as strong and as proud as it has always been.

“In a way,” he says, “I look at it as passing the baton to the generations that will follow.”