This is not a contest, but it is a celebration of the spirit of service. The honorees this week are Frank Donnelly of Logan Township in Gloucester County and Michael Rose of Green Township in Sussex County. The others who were selected will have their profiles and pictures published in the weeks ahead, as time and interview schedules permit.

Spotlight on Service: Frank Donnelly, Logan Township Board of Education 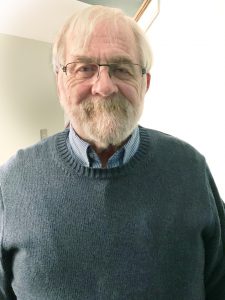 Many things have changed in Logan Township, Gloucester County, since Frank Donnelly first joined the local board of education 35 years ago.

There are 86 students in Logan’s eighth grade class this year, according to the school superintendent’s office.

“Now, we have a supermarket. We have a big shopping center. We have traffic lights. We’re a small, bustling community now. It’s still considered rural, but it’s just a great place to live and raise your kids.”

Logan was too small to have its own youth sports teams, so Donnelly coached Little League teams in nearby Gibbstown.

In addition to his long service on the board of education, Donnelly says that his most prominent volunteer work has been the 16 years he served on the township planning board, including 14 years as its chair.

As chair of the planning board, and as the president of the board of education for the past 15 years, he helped coordinate the planning and the construction of two new school buildings.

The main building, he said, opened in 1991. Then the Center Square school opened in 2000 and became the township’s early childhood learning center.

He points out that Logan is now able to offer prekindergarten instruction starting at three years old at no cost to parents.

“We applied for a grant when it was announced a couple of years ago,” he says. “The program has been very successful.”

Asked what he liked most about working with the planning board for 16 years, he says he liked being well-informed while being able to help shape the growth of the town.

“Just the idea that you were dealing with engineers and lawyers, and people coming into town trying to get buildings built,” he says. “You were just hands on in everything going on in the township, which is a good feeling.”

Superintendent Patricia Haney asked board members to submit unsigned comments about Donnelly, and here are some of the things they said about him:

He has always been “a calm and reasonable voice regardless of the situation. Throughout his many years on both boards, Frank never sought the spotlight, he just did his job.”

Donnelly, 75, said he’s never really wanted to be the center of attention.

“I’m just a normal family guy. I enjoy being with my family, and I enjoy being on the school board,” he said. “The only way a community gets better is if the people in the community get involved. I just want to make Logan Township a nice place to live, and for the kids to have an opportunity to go on to a nice life.”

Spotlight on Service: Michael Rose, Green Township Board of Education 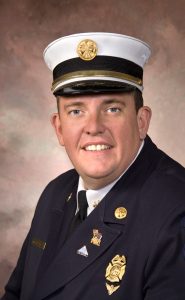 Mike Rose of the Green Township board of education in Sussex County will be the first person to tell you that he can’t keep everybody happy.

In addition to serving on the board of education, Green is the chief of the volunteer fire department, and he is the coordinator for the township’s office of emergency management (OEM).

“In Sussex County, we’ve been subject to a lot of storms” in the past few years, he says. “Whether it’s been snow and ice or windstorms, we’ve had residents without power for up to two weeks. As chief, as well as being OEM coordinator, I’ve had to deal with and try and mitigate those issues and try and keep our residents happy. We opened up some warming stations at the firehouse, to provide some shelter for residents, let them charge up their cell phones and get water for their pets.”

During the worst storms, up to 40 people have come to the firehouse for a respite from the cold.

“Being in Sussex County, we rely on electric pretty much for everything,” he says. “And some of the issues we have faced have been particularly challenging.”

People who have grown up in northwestern New Jersey know what to expect from winter storms, he says.

“But if you move from New York City to our area, you expect certain levels of services. Most people don’t realize that we have an all-volunteer emergency services team. When your power is out for two weeks, it becomes very frustrating,” he says.

During storms, in addition to riding around in the middle of the night pointing out power outages to the electric company crews working to restore service, he also makes sure he checks on the health of the elderly.

“We’ll go out and check on our elderly residents who are oxygen dependent to make sure they’re okay,” he says, and he’ll help arrange transport to a hospital when they’re not.

As a board member, he says he is proud that the board of education enjoys a good working relationship with the staff and the teachers’ union. The latest contract negotiations were completed “in a very short period of time,” he says.

Rose was nominated for the recognition by Green Township Board of Education President Marie Bilik, who is also a former executive director of the New Jersey School Boards Association.

She called Rose “a very modest, humble individual who can always be counted on!”

She praised his use of social media to keep residents informed and safe. She said his wife, Elisa, is also an active community member, serving as a Girl Scout leader for their daughter. Mike and Elisa Rose also have two sons.

“I want to support the town,” he says. “I just want to do my part to give back.”