Dr. Lawrence S. Feinsod, NJSBA executive director, has been named to the Board of Directors of the National Job Corps Association following a nationwide search.

The National Job Corps Association provides training, advocacy and support for the organizations that operate the nation’s 126 Job Corps Centers. Established in 1964 under the Economic Opportunity Act, Job Corps is a $1.8 billion program that trains over 50,000 disadvantaged youth and young adults each year, offering pathways to careers, higher education and military service.

Feinsod’s appointment was first announced at the conclusion of the January 17 NJSBA Board of Directors meeting by Peter Calvo of Glassboro, the Gloucester County representative, who nominated the executive director for the position. Calvo serves as president of Horizon Youth Services, an organization that operates Job Corps Centers for the U.S. Department of Labor.

He said Feinsod’s nomination stood out because of NJSBA’s status in the education community and the Association’s extensive work to expand educational options for the career-focused learners.

“In many cases, the 50,000 young people served by the Job Corps are non-college-bound learners pursuing careers as electricians and plumbers and in other fields,” said Calvo.

“I am delighted to be joining the board of this unique national organization,” said Feinsod. “Throughout my years as an educator, and now as the NJSBA executive director, I have long observed an urgent need for a program like this. The Job Corps’ model of providing practical training tied to employers’  expectations is a recipe for success for these young people, and I look forward to helping the organization fulfill its mission.”

“We are extremely fortunate to have the benefit of your diverse background and network,” said Byron V. Garrett, president and chief executive officer of the National Job Corps Association, in a Jan. 17 letter formally announcing Feinsod’s appointment.

He went on to state, “Thank you for your loyalty to the critically important goal of improving the lives of our nation’s youth.” 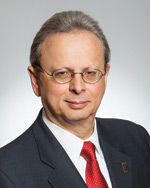