Gov. Phil Murphy has proclaimed January 2020 as School Board Recognition Month in New Jersey, citing the “countless hours, without remuneration” spent by nearly 5,000 local board members who oversee operations in 580 school districts.

The governor acknowledged the important role board members play in making New Jersey’s public schools among the best in the nation.

“Local boards of education have contributed to New Jersey being among the leading states in academic achievement, as measured by the National Assessment of Educational Progress (NAEP), and by district participation and student achievement in the Advanced Placement and SAT assessments,” the governor said in his proclamation.

“New Jersey’s local boards of education endeavor to meet the challenges facing public schools and help students attain the education necessary for postsecondary success so they may compete in a global economy,” the governor said in his Jan. 2 proclamation.

“Local boards of education provide crucial guidance by setting the policies and goals for the entire school district,” explained McClure. “The dedication of our board members has helped make our state a leader in student achievement.”

The NJSBA initiated the state’s first School Board Recognition Month in 2002 to honor the dedicated local school board members who oversee the education of the state’s nearly 1.4 million public school students. Gov. Murphy’s proclamation can be accessed online, and information and resources for School Board Recognition Month in New Jersey are also available. 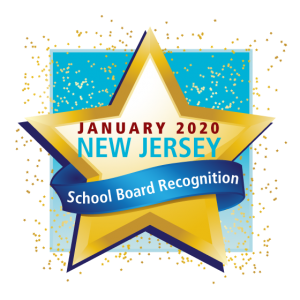