STEAM Tank 2017 proved to be an exciting opportunity for students to show off their inventions, from the “Traposquito” to the “Talking Walking Stick,” the “Ecotrack” and the “Securicap.”

Sponsored and created by NJSBA and the U.S. Army, the STEAM Tank competition, which is modeled after the TV show “Shark Tank,” provides New Jersey students a platform to experience real-world problem solving, allowing them to think like entrepreneurs and design and create whatever they can dream using the fields of STEAM – science, technology, engineering, the arts and math. In STEAM Tank, students create innovative products and solutions to problems, which they enter into competition. Winners at the regional level compete in the finals at NJSBA’s annual Workshop, before a judging panel of entrepreneurs and business leaders. Applications for the 2018 competition are being accepted now, due by Feb. 9.

This year, the New Jersey Education Association (NJEA) also partnered in STEAM Tank. The NJEA hosted the STEAM Tank Theater at its annual convention, where the winners of STEAM Tank were announced. In addition, students had an additional opportunity to present to the teachers who attended the convention.

The 2017 STEAM Tank winners are below:

STEAM Tank was designed to be extremely open-ended in order to maximize student creativity, and allow students to take the challenge in any direction that their team decided. The following is the STEAM Tank Challenge: Identify a real world problem or situation that needs resolution, modify an existing product to make it better, or invent something that does not exist yet.

Once a team, consisting of two to five students, submits an application and their concept is accepted, the teacher/team leader will receive access to the STEAM Tank playbook, which contains detailed information for the teams and strategies for the challenge.

There are three levels for STEAM Tank, elementary, middle and high school. Each level has a first-, second- and third-place prize. Currently, first prize is $2,500, second prize is $1,500 and third prize is $1,000.

Additional partners in STEAM Tank this year were NJ Audubon Eco-Schools and the National Wildlife Federation (NWF), to help support the environmental component in STEAM Tank. This partnership was developed from a grant provided by PSEG to NWF, NJ Audubon and NJSBA. PSEG also provided the prize money that went to the winning teams as well as the second and third place teams. From the PSEG support, the prize money will also be available for STEAM Tank 2018.

Although students are the stars of STEAM Tank, the judges made a significant impact as well. The judges volunteered their time and provided in-depth feedback and coaching to the students. The judges included teachers, business and industry entrepreneurs, Army engineers, university staff and non-profit organizations related to education. 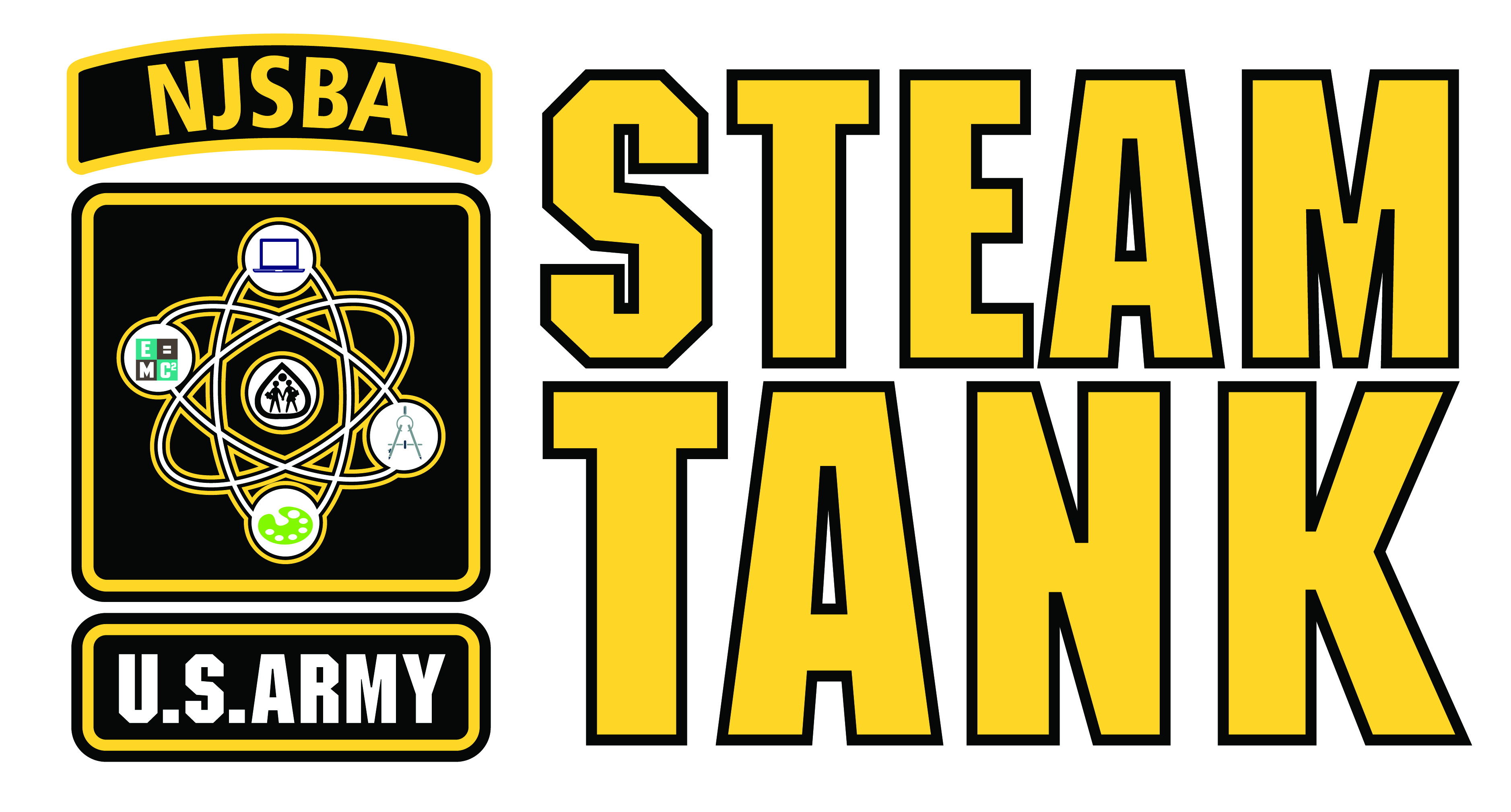