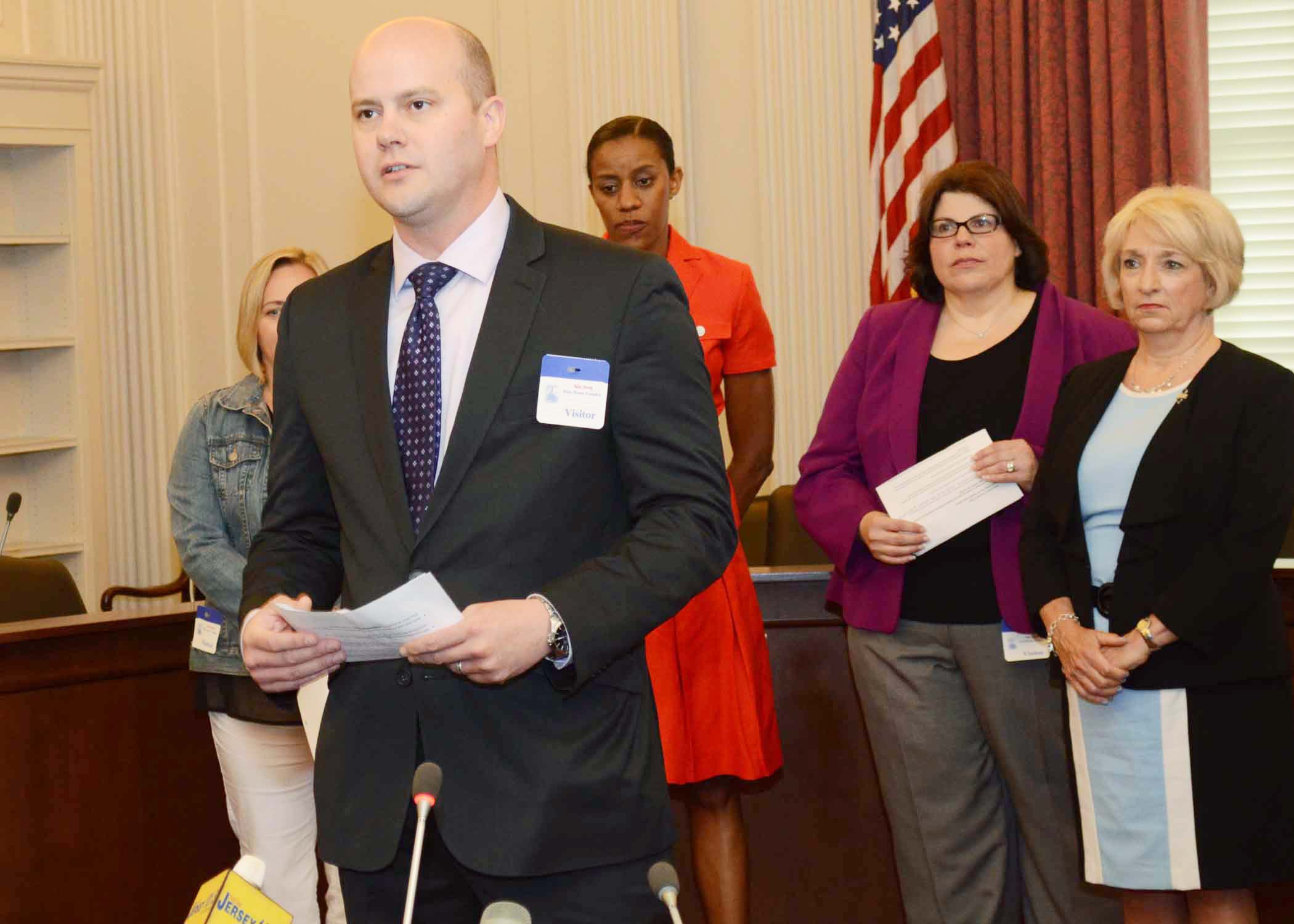 Jonathan Pushman, NJSBA legislative advocate, spoke at a press conference held by Assemblyman Troy Singleton to support A-3798, a bill that would authorize the use of school bus monitoring systems to catch motorists who illegally pass school buses when the flashing light and crossing control arm of a school bus are activated.

“On behalf of the New Jersey School Boards Association, we are proud to support this important legislation, which will keep students safe and has the potential to save lives,” said Pushman. “This legislation is a common-sense measure that gives school districts, municipalities and the law enforcement community an extra tool to combat dangerous driving behavior….School bus arm safety cameras will provide drivers, police officers and judges with nearly indisputable evidence that will hold violators accountable.“

Under the legislation, a school district could contract with a vendor to install, operate and maintain a school bus monitoring system. The bill would also increase the fines for violations of the no-passing law.