NJSBA Director of Legal and Labor Relations Services Michael Kaelber, who has shared his in-depth knowledge of school law with Association members for nearly 30 years, is retiring from his position effective July 1, 2017. His last day at NJSBA is June 30.

Kaelber, a former math teacher and coach in the Woodbridge Township school district, joined NJSBA as assistant counsel in 1988, after leaving the firm of Hutt and Berkow and in 2008, became legal department director. During his tenure at NJSBA, he has been a well-known presenter at Workshop; at NJSBA governance programming such as New Board Member Orientation; at the spring and fall School Law Forums; and at numerous other legal training programs. He is valued for his expertise in New Jersey education law.

“Mike’s commitment to NJSBA for the last 29 years can only be described as outstanding. Just about every day, his legal expertise has been sought out by board members, school attorneys and other members of the education community,” said NJSBA Executive Director Dr. Lawrence S. Feinsod.

“We thank Mike for his efforts, and we wish him and his family health and happiness in the years ahead,” Feinsod said.

In his spare time, Kaelber serves as a high school basketball referee, and is a member of North Jersey Board 33 of the International Association of Approved Basketball Officials (IAABO), serving on its executive board for more than a decade. After retirement, he said he intends to increase his role with that organization at the local, state and international levels.

Kaelber holds a law degree from Rutgers University Law School; a master’s degree from Rutgers; and earned his undergraduate degree from Lafayette College. He and his wife, Patricia, reside in Woodbridge. They are the parents of two grown children, and have two grandchildren. 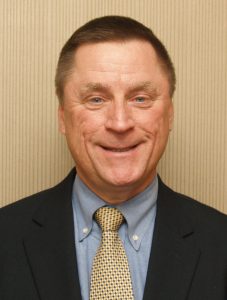