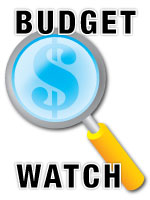 The Legislature last week passed a $35.4 billion budget, $1.6 billion more than the budget proposed by Gov. Christie in February, with the bulk of the increase going toward paying $3.1 billion into the various state-run pension systems. This, as the leaders of the Legislature noted, is the funding level required by the 2011 pension reform law, a requirement the state Supreme Court had ruled unconstitutional earlier in June.

The increase from the governor’s budget was to be paid for by an increase in state income taxes for those making in excess of $1 million, as well as an increase in corporate business taxes. The budget passed along a party line vote in both houses on Thursday, June 26. Education funding saw an increase of $906 million to $13.6 billion; but again, the vast majority of that increase represents increased pension funding.

As expected, the governor acted swiftly to veto the tax increases. Additionally, he used his line-item veto to reduce the FY 2016 budget by $1.6 billion. Both actions were taken the next day, June 27. If it were inclined to do so, the Legislature would need a vote of two-thirds of both the Senate and General Assembly to override these vetoes. However, given the make-up of both houses, a veto override would require bipartisan support, which appears unlikely. The final Christie version of the FY 2016 budget stands, at $33.8 billion. There was no change in 2015-2016 state aid to school districts from the amount originally proposed this spring.