On Thursday June 2, NJSBA and the New Jersey PTA held the sixth annual Legislative Day at the War Memorial in Trenton. The event provided local school board members and parents with a chance to network with others from different districts, share information, and address legislators about the challenges facing public schools in New Jersey.

Senate President Steve Sweeney was the keynote speaker at the event. In his remarks, Sweeney spoke about the need to remedy the current school funding formula, which he said is outdated and inequitable. He was also critical of the school superintendent salary caps. Responding to a question, Sweeney tackled the issue of the PARCC tests, noting that he believes in a statewide assessments, but is open to examining whether the PARCC test is the best one for New Jersey.

A group of state legislators, including Sen. Linda Greenstein and Assembly members Reed Gusciora, Mila Jasey, Angela McKnight and Holly Schepisi, took part in a panel discussion on a wide range of educational topics, while New Jersey Commissioner of Education David Hespe and Mark Biedron, president of the State Board of Education, also spoke. In addition, Assemblyman Daniel R. Benson, and Assemblyman Craig J. Coughlin, spoke briefly at the conference to convey their best wishes to the attendees. 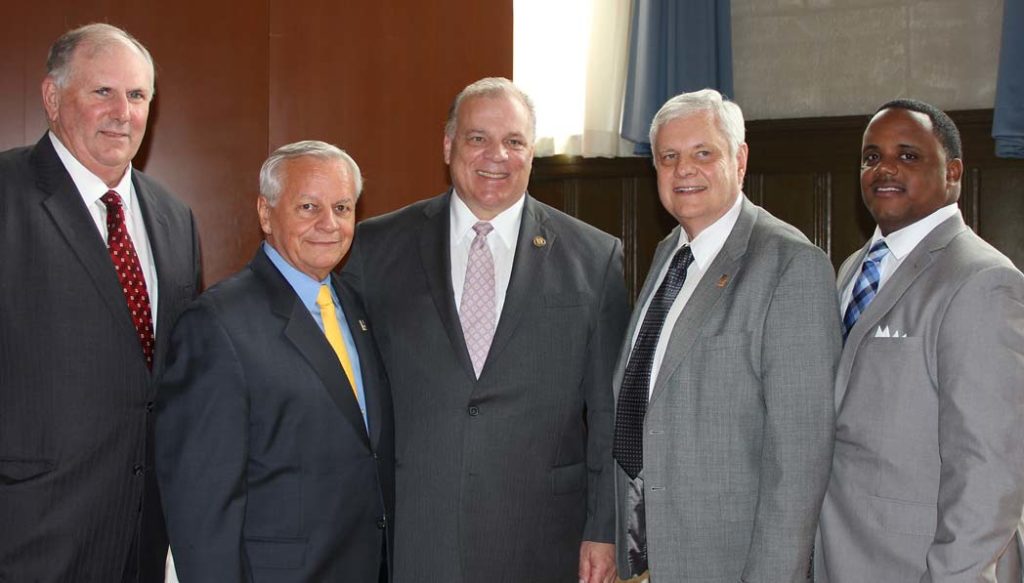