Edwin T. (Ted) Hunter, formerly of West Long Branch, died on Saturday, March 7 under hospice care in Dublin, Ohio.  He was a long-time member of the West Long Branch Board of Education and was 86 years old.

He was first elected to the West Long Branch Board in 1969, and served, with a few breaks, for 41 years. He was active in the Monmouth County School Boards Association, was a member of the NJSBA Board of Directors, a member of the NJSBA School Finance Committee, the County Association Leadership, and earned the designation of Certified Board Leader from NJSBA’s Board Member Academy.

A lifelong music lover, he was a member of the Monmouth Symphony Orchestra and a member of that group’s board of directors.  A roller coaster fan, he was a longtime member of the American Coaster Enthusiasts, and traveled around the country to ride new rollercoasters.

Ted was preceded in death by his wife Dee of 43 years and his parents. He is survived by daughters Cynthia (John) Jacober, Linda (Dan) Merrill and Diane (Fred) Steelman; grandchildren Stephanie Merrill (Jarrod Wiggins), Joe Merrill, Katie and Julie Steelman; and great-grandchildren Hunter and Ella Wiggins.

A full obituary is online here.  Donations may be made to the Monmouth Symphony Orchestra. 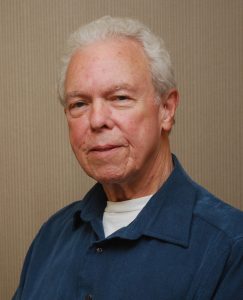