The meeting of NJSBA’s Board of Directors took place on Friday, March 18, at NJSBA headquarters in Trenton. The agenda included the following:

New Board of Directors Member 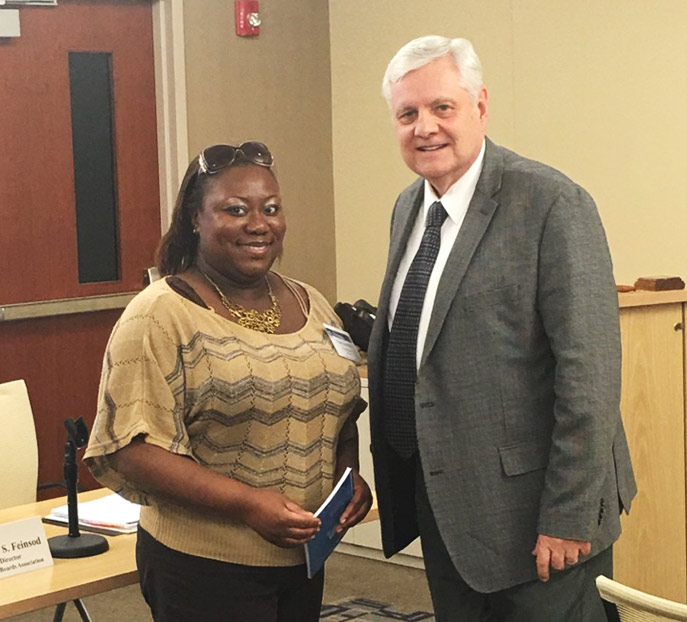 A new member of the NJSBA Board of Directors was sworn in at the March 18 meeting; pictured is Treemanisha Stewart of Fairfield Township Board of Education, representing Cumberland County, with NJSBA President Donald Webster Jr.