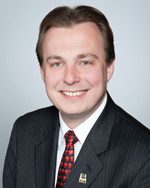 Traditionally, the NSBA secretary/treasurer moves on to become the NSBA’s president-elect, and then its president. If Ciak becomes NSBA president in 2017, as expected, he would be the first president from New Jersey since Ruth Mancuso from 1967 to 1968. Ciak has served as NSBA northeast region delegate since 2010.