As part of a continuing celebration of School Board Member Recognition Month in New Jersey, School Board Notes has published brief profiles and photographs of board members who contribute to their communities in addition to their service as board members.

This is not a contest, but it is a celebration of the spirit of service. The honorees this week are William Hyncik of Montgomery Township, Somerset County; Paul Rutsky of Jamesburg in Middlesex County; and Glenn Elliott of Verona in Essex County. The three stories published today conclude our series of profiles which began on Jan. 14 and have been published each week since then, as time and interview schedules permitted. 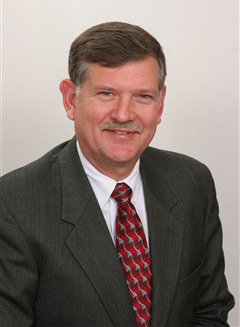 Spotlight on Service: William Hyncik, Somerset Vocational and Technical School Board of Education

William Hyncik’s volunteer service has been an adventure – whether he’s taken Boy Scouts hiking on mountain trails 8,000 feet high in New Mexico, or whether he’s taken them deep sea fishing off the Florida Keys, where the kids learned how to catch big fish, clean them and eat them.

Hyncik, 65, is the president of the Somerset County Vocational and Technical School’s board of education, a post he has held since Dec. 17, 2007. He served as the assistant scout master for Montgomery Township Troop 46 from 1996 through 2010. His troop regularly took about 120 scouts camping, and often had as many as 40 parents along for the trip.

“We went to the Poconos in the winter to camp in the snow and ice fish,” he said. “I’m an Eagle Scout, and both of my sons achieved Eagle Scout. My older son and I led a contingent of three groups of scouts to Philmont,” the scout ranch in New Mexico. “We took 21 boys and six adults. We had different trails. It was probably a good 100-mile hike we took over an eight or 10-day period.”

Hyncik is the chief executive officer for Princeton Orthopedic Associates, and his background is in athletic training, so he was prepared to handle an injury if the need arose, but fortunately none of the scouts was ever hurt.

“In my 10 plus years of scouting as an adult, we were lucky. We were very safety oriented, and the kids respected that,” he said. “We had one scout in Philmont who decided to take a different trail. He got lost.

“We had the rangers out looking for him. They found him an hour or two later, but I was scared to death that I’d be calling his parents and telling them that a wolf ate him or something,” Hyncik said, laughing at the memory. “He was fine. He was oblivious to the fact that there was an all-out search for him.”

Other groups of scouts traveled with Hyncik to the Florida Keys, to Camp Yawgoog in Rhode Island, or to the Boy Scout encampment near the West Point Military Academy in New York.

“A couple thousand boys got a chance to tour the post and barracks. One of our scouts was a cadet and showed the boys around. We went to an Army football game. The boys got a lot out of it,” said Hyncik.

For 30 years, Hyncik has served the Rotary Club of Montgomery/Rocky Hill, where the motto is “service above self.” The Rotarians have provided college scholarships for students from Montgomery for three decades, and they help supply food banks in the Montgomery and Somerville areas, and a soup kitchen in Trenton, Hyncik said.

The Rotary club has sent “ShelterBoxes” – packed with a tent and supplies for eight people. The densely packed boxes are sent to disaster-stricken areas such as Iran, Syria and Haiti.

Locally, Hyncik said, the annual Run With Rotary and Earth Day Fair will be held rain or shine on May 3rd at Skillman Park. He expects the event to raise $50,000 to $60,000 to fund scholarships and meals for the homeless.

He’s also a commissioner for the Montgomery area fire district – the only one who’s not a firefighter.

“Being on the school board, I understand the budgeting process and the use of taxpayer dollars,” he said, so he helps the district focus on training and equipment for the other volunteers.

In his earlier years of service with the Montgomery Township Board of Education, from 1992 through 2005, Hyncik helped the growing district build new schools. More recently, with the Somerset County Vocational and Technical School Board of Education, he said he has helped the district transition smoothly between superintendents who had skill sets that served the district.

“I believe Mr. Hyncik’s commitments speak for themselves,” she wrote in her nominating letter. “On a personal note, he has always been available for consultation regardless of the issue and has been a strong, amicable and well-regarded addition to our district.”

Hyncik said he was grateful for being recognized for his service but never sought it. 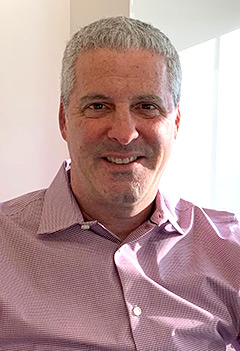 Spotlight on Service: Paul Rutsky, Jamesburg Board of Education

As a volunteer member of the Jamesburg Historical Association in Middlesex County, Paul Rutsky has been learning a great deal about the history of his town. It’s name, for instance.

The “James” in Jamesburg comes from James Buckelew, the town’s founder. In 1847, after officials in the neighboring town refused to admit an African-American student into one of its schools, Rutsky said, Buckelew funded the construction of a school located at the corner of Church Street and Gatzmer Avenue that would be open to all children.

The school was named in James Buckelew’s honor. Less than a square mile, Jamesburg was incorporated in 1887. As one of its projects, Rutsky says, the Historical Association is attempting to restore the historic Buckelew House and reopen it to the public.

Rutsky, the Jamesburg Board of Education vice president, also contributes his time and energy to the Jamesburg Green Team, which is working to clean the town parks and recreation areas. On April 4 at 9 a.m., he said, the Green Team will be conducting a clean up of the creek that leads from Manalapan Lake.

“There are a couple of walking trails that follow the creek. We are working to make them more user-friendly and more available to the public. It’s a work in progress,” he said. “We hope for this summer to have it officially opened.”

Rutsky, a 52-year-old financial advisor, also contributes food and money to the food pantry run by the local Presbyterian Church.

Entering his eighth year on the Jamesburg Board of Education, Rutsky earned high praise from Elliott Stroul, the Jamesburg school board president who nominated him for the recognition.

“He has been my wingman, a solid voice in my left ear, has always brought positive solutions to the table and has a unique view that always looks at the benefits to the children of the district beyond all else,” Stroul said. “He has attended more student/school functions than anyone on the board.”

When he first was elected to the board eight years ago, Rutsky said the Great Recession of 2008-2009 was just ending. To make ends meet, programs had been cut. The board was even investigating ending its long-standing tradition of sending its students to Monroe Township High School, where Rutsky first met his wife, Coleen, decades ago.

Now, after years of work, the board of education has been able to restore “everything that we lost, all the old programs, and then some.”

“The kids love it,” Rutsky said. The Jamesburg board, he said, is now preparing to build an addition to the middle school to bring in a “more formal science lab, and a separate cafeteria. Right now, our gym is also our cafeteria.”

He ran for the school board initially, he said, “because instead of just being a voice in the crowd, it was time to run and become an active member. I wanted to see what I could do.” 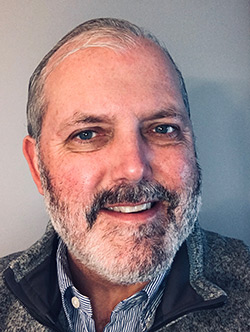 Spotlight on Service: Glenn Elliott, Verona Board of Education

Glenn Elliott was ending his time as a member of the Verona Board of Education in December when Lisa Freshi, the current board president, nominated him for recognition, praising him for his years of service to the Essex County community.

“I enjoyed my time,” says Elliott, looking back on his 12 years of board service. “I feel it’s one of the best things I’ve done.”

He’s still involved with the Verona Music Parents Association, helping students raise money to enable them to travel to Disney World and march in the parade every four years. Often, they attend concerts when they visit other cities. The music parents association has helped finance student trips to Boston, Virginia Beach, and Washington, D.C. This year, students are traveling to Cleveland.

Elliott also called his volunteer service with the local Cub Scouts and Boy Scouts “a tremendously rewarding experience,” allowing him to spend time with his son, Seamus.

He was a den leader for the Cub Scouts, then was invited to be a Boy Scout troop leader, where he took his troop of 25 to 40 boys on two backpacking trips each year.

“I tried to do things they hadn’t done before,” he said, which led him to take the Scouts on a hike along the Appalachian Trail, which runs for 72 miles in New Jersey.

“The trail goes through some of the wildest sections of New Jersey,” he said, “starting at the Delaware Water Gap. For the first few miles, it seems like the hike is straight up. Buttermilk Falls is another beautiful section of the trail that we tackled,” he said. “During my tenure as scoutmaster, the kids were able to hike every single mile of the Appalachian Trail in New Jersey.”

He said he was proud of his son, Seamus, who became an Eagle Scout after building “a massive structure” for the Verona Park Conservancy. He built a sign kiosk, with a roof, and a billboard to help the conservancy announce ongoing activities in the park.

During his work with the Verona board of education, Elliott said he was proud when voters approved funding a couple of years ago for a “major mental health initiative” that brought in a third party to identify the children who needed significant mental health support. The move freed up guidance counselors and other support staff to investigate other issues around the district, he said.

Three referenda, for a total of about $74 million, passed while he was a board member, Elliott said. Student achievement has improved at Verona, he said, because the board has permitted access to Advanced Placement classes to anyone who wants to take them.

Now, enrollment is up more than 200% in Advanced Placement classes since the board changed its policy, Elliott said.

“When you give the kids the opportunity to succeed and learn, they’re usually going to jump at that opportunity,” he said.

He is 50 years old now and makes his living with a small marketing consulting firm. Asked if he will run again for the school board in the future, he said, “I’ll never say never.

“If a need ever arose, I would consider it. But I don’t think so. There are enough people who want to step up now and accept the responsibility.”