On Sunday, Nov. 6, a group of NJSBA staff members, family and friends joined with President Don Webster Jr. and Executive Director Dr. Lawrence S. Feinsod in the Susan G. Komen Race for the Cure at Six Flags Great Adventure in Jackson. The team, which entered in memory of Charlene Zoerb, an NJSBA field service representative who passed away in June, raised $3,624. Among the team members were Charlene Zoerb’s daughter and husband, Carolyn and Larry Zoerb. Sandy Raup of NJSBA, who has initiated and coordinated NJSBA’s participation for the past two years, served as team captain, and Gina Cuciti assisted her. Both work in the Association’s labor relations unit. 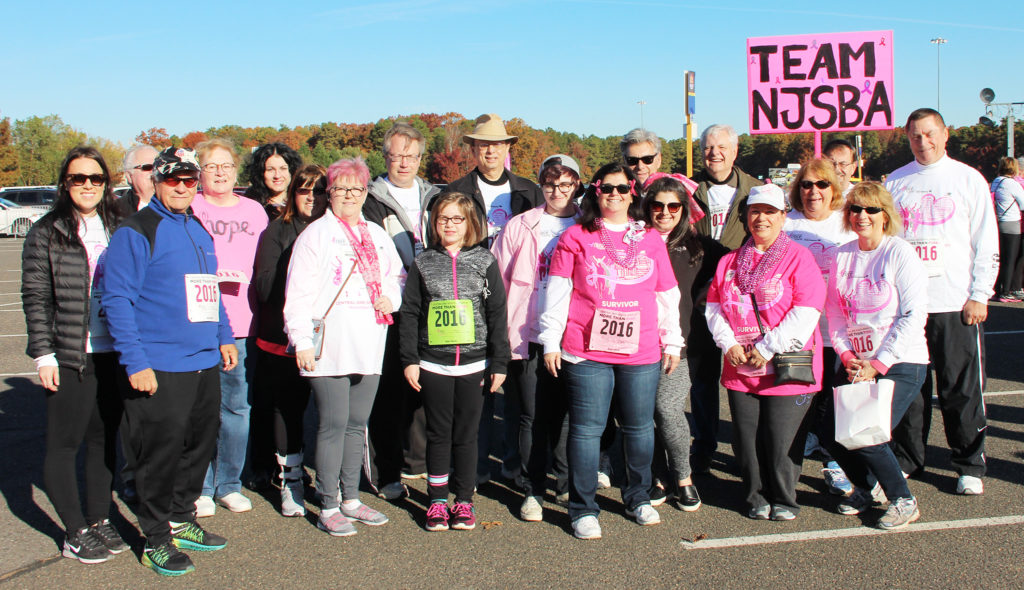