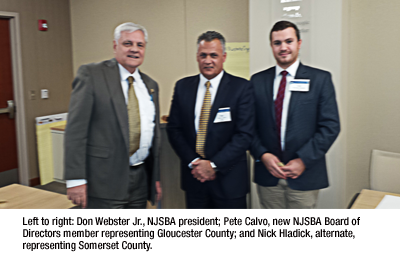 The meeting of NJSBA’s Board of Directors took place on Friday, Nov. 20, at the NJSBA headquarters in Trenton. The agenda included the following: