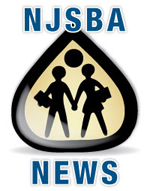 NJSBA reminds all school boards that decisions made by each Delegate Assembly are followed by action that often results in the introduction of legislation, the stopping of undesirable legislation or the adoption of new state board of education policies.

The Delegate Assembly gives local school boards the opportunity for input before these far-reaching statewide policy decisions are made.  Therefore, we urge boards to review the committee reports and resolution so that their delegates are familiar with the issues.  Policies adopted by the Delegate Assemblies are codified in NJSBA’s Manual of Positions and Policies on Education and can be viewed on the  Delegate Assembly page.

The following resolution will be voted on at the Nov. 21 Delegate Assembly:

The resolution seeks additional policy language that the governor and the Legislature should not use the budget process to hold charter schools/non-public schools harmless from state budget cuts or re-allocations of state funds at the expense of public school districts.