“Sheli embodies all the qualities of the very best board members,” said Dr. Lawrence S. Feinsod, NJSBA executive director. “She has worked tirelessly for the children in her district for more than a quarter century. She is a recognized leader among school board members in Bergen County. And through her work as a trainer at orientation programs for new school board members, she has impacted the quality of education for children throughout New Jersey.”

County, State Involvement At the county level, Dansky has been an active participant in the Bergen County School Boards Association for 26 years, and served as the group’s president since 2013. Previously, she was the county association vice president and secretary/treasurer. She has also been the board’s representative to the NJSBA Delegate Assembly, where the organization sets state-level policy on educational issues.

Dansky has shared her expertise as group leader, helping to train new school board members. She is a longtime member of NJSBA’s Special Education Committee and served on the Association’s 2013-2014 NJSBA Special Education Task Force. In addition, she has served on the Association’s Training Task Force and its Nominating Committee. In 2004, she received the Archie F. Hay Award for Distinguished Service from the Bergen County School Boards Association.

“Since 2001, Sheli has been a group leader for NJSBA, passing on her knowledge of effective school governance to new and experienced board members alike, teaching in our New Board Member Orientation programs, as well as in advanced boardsmanship and leadership training,” said Donald Webster Jr., NJSBA president. “She has also volunteered her time presenting programs at our annual Workshop conference, serving on various NJSBA and county-level committees. I can think of no more dedicated board member, and none more deserving of this honor.”

Dansky, who is a physical therapist, has also volunteered as a member and officer of the PTO; a class mother; River Dell High School Field Hockey Booster Club president; and as a member of a community environmental committee for the Borough of River Edge.

Nominated by the Superintendent She was nominated for the honor by River Edge’s superintendent, Dr. Tova Ben-Dov.

“Sheli Dansky possesses professional expertise in education, and has specific and thorough knowledge of special education. These components have been very important as the rest of the board has always respected her contributions and opinions and taken guidance from her leadership and advocacy… (she) is one of those rare individuals who spares no effort as she strives for excellence and promotes educational advances which have had the ultimate goal and result of benefitting students,” said the nomination.

Board Member of the Year Given annually since 2005, the School Board Member of the Year award honors an individual board member who makes significant contributions; exemplifies leadership in the field of education with a strong commitment to the children of New Jersey; demonstrates a strong commitment to his/her personal and professional development as a board member; and shows active involvement in school governance at the local, county and state levels.

Nominations were judged by an independent panel from the Pennsylvania School Boards Association. 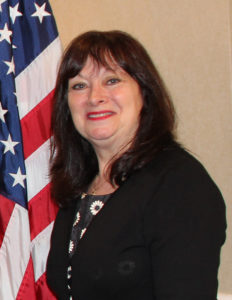