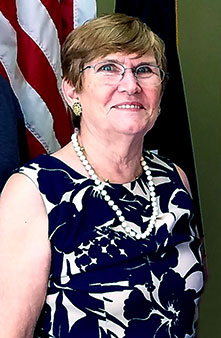 Irene LeFebvre, a 26-year member of the Boonton Town Board of Education, has been named the 2020-2021 New Jersey School Boards Association Board Member of the Year.

Her service to her board, her county and to the NJSBA is multifaceted. LeFebvre has served as her board’s president and vice president many times. She represents Morris County on the NJSBA Board of Directors, and her district at NJSBA’s Delegate Assembly.

“Irene is a lifelong educator. She taught in the Boonton Town schools prior to joining the board, and was the director of education for the Passaic County Educational Services Commission before her retirement,” McClure and Feinsod noted. “Somehow, she has also found the time to be a loving wife and mother to seven children, and a grandmother to 12 grandchildren. She is extraordinarily intelligent, always well prepared, and a respected member of any committee she serves.”

In addition, she is NJSBA’s representative to the New Jersey Schools Insurance Group and currently serves as the chair of that group’s board of trustees.

Each year since 2005, the New Jersey School Boards Association has honored a local board of education member whose work has had a positive impact on the education of children in his or her community.

An independent, out-of-state panel reviews the nominations and identifies the individual who will be honored as New Jersey’s School Board Member of the Year.

The group of board members who nominated LeFebvre for this honor noted that her ability “…to bring calm and consensus during a heated discussion demonstrates her leadership… Irene is an invaluable source of information and brings guidance to our local board.”

Irene will be honored on Thursday, Oct. 22, at NJSBA’s Virtual Workshop during the 9 a.m. keynote session time block. 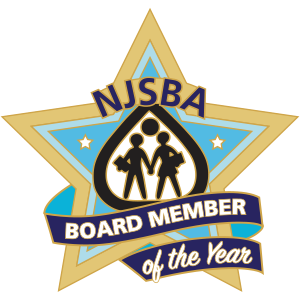