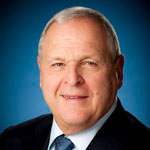 Robert C. Silcox Sr. of Mount Holly, a longtime school board member, died of cancer on Sept. 25, 2020, at Virtua-Memorial Hospital. He was 74.

“For decades, Mr. Silcox epitomized what community service is all about. In addition to his advocacy for children with special needs, he was always available to answer the call for help, whenever it came,” said Dr. Lawrence S. Feinsod, executive director of the NJSBA. “In 2019, as part of School Board Recognition Month, he received a ‘Spotlight on Service’ award from the NJSBA, an honor that was richly deserved. He will be missed but fondly remembered by the many people whose lives he touched.”

Mr. Silcox also was a member and past-president of the Mount Holly Rotary Club. He was a Paul Harris Fellow and was named a Distinguished Citizen by the Burlington County Boy Scouts.

In January 2019, the New Jersey School Boards Association recognized board members who, in addition to their school board work, also contributed countless hours to other volunteer positions. In an interview published two years ago, Mr. Silcox explained how pleased he was to be able to help children in need of special services.

“It is very gratifying,” he said, to work with the parents and children served by the Burlington County Special Services School. “I love the parents. They’re some of the best parents in the world. They’re just so loving and so caring.” The school serves special needs and disabled students from pre-kindergarten through age 21.

“I wanted to give back to education and to children,” Mr. Silcox explained during the interview. “I want to make sure that every child who comes to our schools has the best opportunity to succeed. It’s a constant challenge with budgets and state laws, but somebody has to step up and do it.”

“The world is changing, so you’ve got to adapt to that, but the children are the most important thing,” he said.

Mr. Silcox is survived by Marsha, his wife of 46 years, and two children. He was passionate in his support of the Virtua Foundation’s Mobile Grocery Store effort to feed people in Camden County and Burlington County. In lieu of flowers, contributions in his name may be made to the Virtua Foundation, 4th Floor, 303 Lippincott Dr., Marlton, NJ 08053. Services were arranged by Perinchief Chapels in Mount Holly.