Carl Tanksley, an attorney and former teacher who has served as counsel for the New Jersey School Boards Association, has been named the Association’s director of legal and labor relations services. The appointment is effective Sept. 13.

Tanksley’s experience in education law draws from both the public and private sectors. He began his legal career in 1998 when he accepted an associate position with the firm of Sumners George & Dortch and began providing services to boards of education. He served as counsel at NJSBA from 2002 to 2009 and, from 2009 to 2014, served as counsel for Parker McCay P.A., where he provided general legal services to public school districts, encompassing all areas of school district operations.

He returned to NJSBA in October 2014 as counsel in the Department of Legal and Labor Relations Services, where his work has included providing legal information to school districts, preparing amicus briefs and legal articles, and conducting NJSBA training.

The new director served as a middle school social studies teacher in Camden for 11 years and remains connected to those roots by serving as a mentor to the youth of Winslow Township.

“Carl Tanksley is the consummate professional. His wealth of experience as a school board attorney and counsel for NJSBA will serve our members extremely well as he assumes the role of director of Legal and Labor Relations Services,” said Dr. Lawrence S. Feinsod, NJSBA executive director.

Tanksley attended Drexel University, where he received his Bachelor of Science degree in communications. He received his Juris Doctor from Rutgers University School of Law, in Camden. 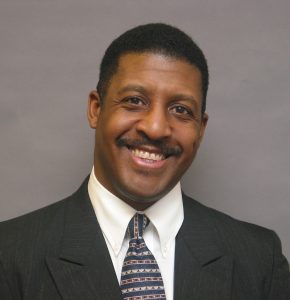