Not quite two years after the tragic Sandy Hook school shootings in Newtown, Connecticut, the New Jersey School Boards Association School Security Task Force in October 2014 released its final report, “What Makes Schools Safe?” The result of more than a year of study, the 97-page report includes findings and research to guide local boards as they make decisions critical to the security of their communities’ schools and the safety of their students.

With educators everywhere attuned to the need to keep children and schools safe, the task force found districts around the state taking measures to boost security. A snapshot follows.

Best Value  Acknowledging that resources are limited in school districts, an architectural expert was asked which three security enhancements provide the most value. Listed were:

Low-Cost, No-Cost Enhancements Some security enhancements have virtually no cost. Hand-in-hand with physical upgrades, districts may review and improve procedures such as: 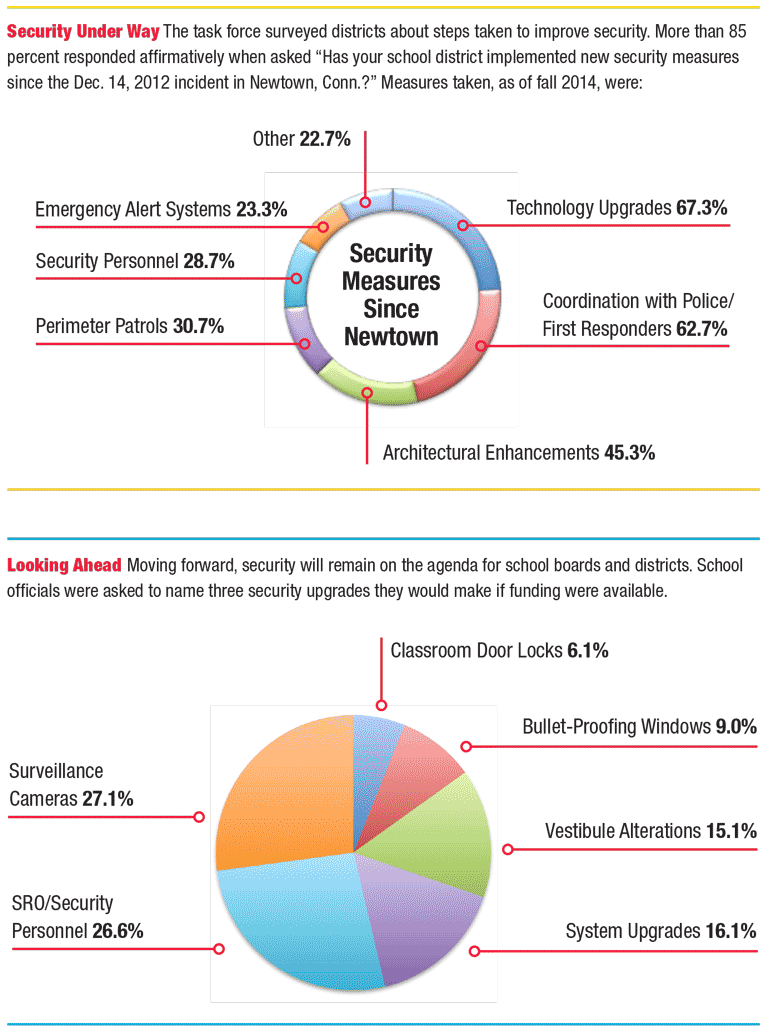