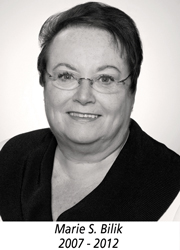 During my time as executive director, one of the most significant Association issues I dealt with was the construction of the new NJSBA headquarters. With the change in the state regulations dealing with the ability of school board members to travel for training programs, and the Great Recession of 2008, would we move forward with the building of the new headquarters and conference center and take on a mortgage?

The decision not to move forward, which was approved by the Board of Directors, was probably one of the most noteworthy I made during my tenure. Instead we decided to completely renovate our headquarters at 413 W. State St., updating the infrastructure and the technological capabilities, at a cost that could be paid entirely out of a capital reserve account.

Another major issue we dealt with was the way professional development for board members was being viewed during the recession. At this time, many politicians were critical of educators attending conferences. We moved the 2010 Workshop to Somerset, New Jersey, so that many of our school board members could attend without the need to pay for an overnight stay.

But after holding our conference there, it became clear that the Atlantic City Convention Center was the only place in the state that could accommodate that number of training sessions and the number of attendees we have at Workshop. So the following year, we moved the conference back to Atlantic City. In many ways, the one-year absence from the Atlantic City Convention Center enabled us to take a fresh look at Workshop and break the mold, incorporating new formats and exciting features.

I have only been gone a few years from the Association, but the change I have seen since then is the greater intrusion of the federal government into public education. School boards don’t just need to deal with state regulations, but increasingly with federal initiatives, as well.

But throughout all my years – and continuing today – the great strength of the Association has been its mission: The New Jersey School Boards Association, a federation of boards of education, provides training, advocacy and support to advance public education and promote the achievement of all students through effective governance.

The focus and dedication of the members and the NJSBA staff to that mission was its strength during my tenure at the Association – and continues to be the source of its relevance and power today.

During my 26 year involvement with the New Jersey School Boards Association, I was fortunate to experience the Association from many vantage points: a) as a local board member in need of training, information, research, and feedback on ideas and concerns; b) as a county and state school leader involved in setting policy, establishing positions and determining Association direction; and c) as an employee responsible for the implementation of adopted direction.

This comprehensive view was like that of NJSBA’s first executive director, Ruth Page. She understood the need for an organization that was available to local boards and would work through the members to influence the direction of public education. Her vision was supported by those boards in the state and later endorsed by the Legislature.

During my tenure as executive director, we survived 9/11, a recession, and questions regarding the continued relevance of public education for all children. Throughout this process, NJSBA was engaged in the discussions and decisions adopted to define what a student should know; how to evaluate the outcome; and what training was needed by the teachers and staff to accomplish the goal.

As executive director, I was constantly reminded of the analogy of the three-legged stool. The strength of the stool is attributed to the equal weight distributed among the legs. So the strength of NJSBA continues to be attributed to its three components: a) local boards/members, b) leadership at all levels, and c) a dedicated NJSBA staff.

Congratulations on 100 years of service! May the Association remain vibrant, vital and vigilant for many more. 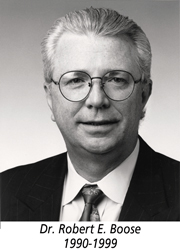 The Abbott v. Burke case still required proper funding for the school aid formula. There were legislative struggles to protect wealthy districts from losing state funding and various efforts to prolong the resolution to the funding formula. Moreover, the NJSBA had to work through the impact of the State Committee on Investigation Report.

The Association’s greatest strengths were many. One was the ability of its dedicated and competent staff to focus on new and emerging educational and regulatory issues, which included providing quality board member training and developing policy statements to help the local boards become more effective. Another was the professionalism demonstrated by the staff and elected officers who represented our membership before the legislature, various state agencies, and the media. Our messages were grounded in facts and sound policies – not emotions – and I believe this informational credibility was key to our legislative successes and positive public image as advocates for public education.

As the executive director of the Massachusetts Dental Society for the past 13 years, I am pleased to represent the Society during its 150th anniversary this year. I am happy to see the NJSBA celebrate its 100 years of services to volunteer board members and the children who attend their public schools. My satisfaction comes from that fact the NJSBA has always been evolving. It has repurposed its member focus and realigned its organization and staff to meet the ever-changing challenges facing local board members. I know that NJSBA’s future elected and chief staff officers will continue to be nimble and not be hesitant to keep realigning for the betterment of the Association. By doing so, the NJSBA will celebrate its 150th year anniversary when that time comes. 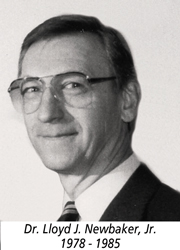 It is refreshing and encouraging to see the sophistication of the modern New Jersey School Boards Association. The educational and political issues have changed over the past years but the organization appears to have kept pace with these issues and service requirements to local boards of education.

There were many challenges to school board members and the NJSBA during my time as executive director as well as many significant achievements. Most notable was the shift in relationship between boards of education and teacher groups as a result of collective bargaining and Thorough and Efficient requirements. While boards of education retained authority to define curriculum objectives, the significant issues over the following years had to do with the identification of negotiable items with teachers and the equalization of funding across the state. There was much activity focused on bargaining and many labor disputes before the Public Employees Relations Commission, the New Jersey Legislature and the governor. While these issues demanded considerable resources, other areas of service to local districts were maintained.

Becoming executive director in 1978 during this movement provided challenging times as boards of education needed additional assistance to manage local control of education. I am proud that with the support of competent association officers, Board of Directors and staff, action was taken at the Delegate Assembly to raise association dues which enabled the addition of staff for assistance to local boards in the areas of governmental relations, labor relations, legal services, communications, management information, board member in-service education, increased public relations, and field staff in north and south regional offices. An insurance program was also established for local boards of education. The NJSBA was a leader in the National School Boards Association as well as being the largest state school board association in the United States. I became president of the National School Boards Executive Directors Association and served on the National School Boards Association Board of Directors. The Association moved to purchase the IBM Building at 413 West State Street as the Association headquarters to accommodate the expanding staff and services to local boards. The 1970s and 1980s seem like a long time ago now. However, I believe the people of the NJSBA staff, board of directors, the executive committee, delegate assembly members as well as association committee members and local boards of education acted with courage at a crucial time to contribute greatly to public education evolving into what it is today.

It is reassuring that the modern NJSBA is competent to face and deal with current New Jersey education issues. I like what I see happening at NJSBA and encourage the organization and staff to do all it can to continue high level service to local boards of education and board members. 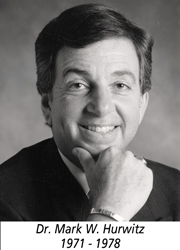 I clearly recall the intensive lobbying effort we had to undertake to simply change the name of the organization. The NJEA took advantage of this opportunity and lobbied hard to eliminate the statute that required local boards of education to be members of the organization. Hopefully, relationships with the teachers’ union have improved over the years. I served as executive director immediately after collective bargaining legislation was enacted in New Jersey. I was also privileged to serve as a commissioner of the Public Employment Relations Commission (PERC). Those were very difficult and challenging years and the NJSBA had to work hard to level the playing field and assist local boards of education in their negotiations with professional labor relations staff from NJSBA.

During my tenure, NJSBA was the largest schools boards association in the country, and in terms of budget and staff, even larger than the National School Boards Association. Of course this was quite an irritant to the NJEA. At that time, we established field offices throughout the state to be closer to our members and provide easy access to services. As you reflect on the 100 year history of the NJSBA, I commend to you the tenure of my predecessor, Ruth H. Page. Ruth was a highly respected and articulate school board member before assuming the position of executive director. Her writings on lay control of education were groundbreaking and caused her to be invited to speak and be recognized throughout the state and the nation. She was highly regarded by successive New Jersey governors, as well as by state education commissioners and legislators. I’m quite confident that the NJSBA would not be what it is today if it were not for Ruth’s intellect, energy, dedication and strong belief in public education.

I wish the members, board of directors and staff a successful conference and commend you for taking the time to reflect on the talented volunteer leaders and staff that have contributed to this milestone.