The students, their films and their schools were honored for winning the Association’s sponsored category titled “New Jersey Hometown Documentary Short.” Judges from the Garden State Film Festival picked the winners.

The winner is “Turning Iron into Art: The Boonton Story,” which was submitted from Boonton High School in Morris County. The director is Dylan Visioli.

“The NJSBA is proud to sponsor this category — and we are thrilled that these young filmmakers are being recognized for their skills. Their work is moving and inspiring,” said Dr. Lawrence S. Feinsod, executive director of NJSBA. “Credit must also be given to the teachers who’ve helped nurture their talent.”

The NJSBA-sponsored category was reserved for works that were written, directed and shot by New Jersey high school students. Films had to focus on some aspect of their hometown, including topics like profiles of interesting persons, places, time periods or subjects related to the arts. The category was created to encourage young filmmakers’ creativity while instilling a sense of pride in their hometowns and state.

The student winners will be recognized at upcoming NJSBA county meetings. The student films will also be featured at the NJSBA’s Workshop in October in a student film showcase.

The Garden State Film Festival is celebrating its 20th year in 2022 and is the largest film festival in the state as well as one of the most highly regarded film festivals in the United States. 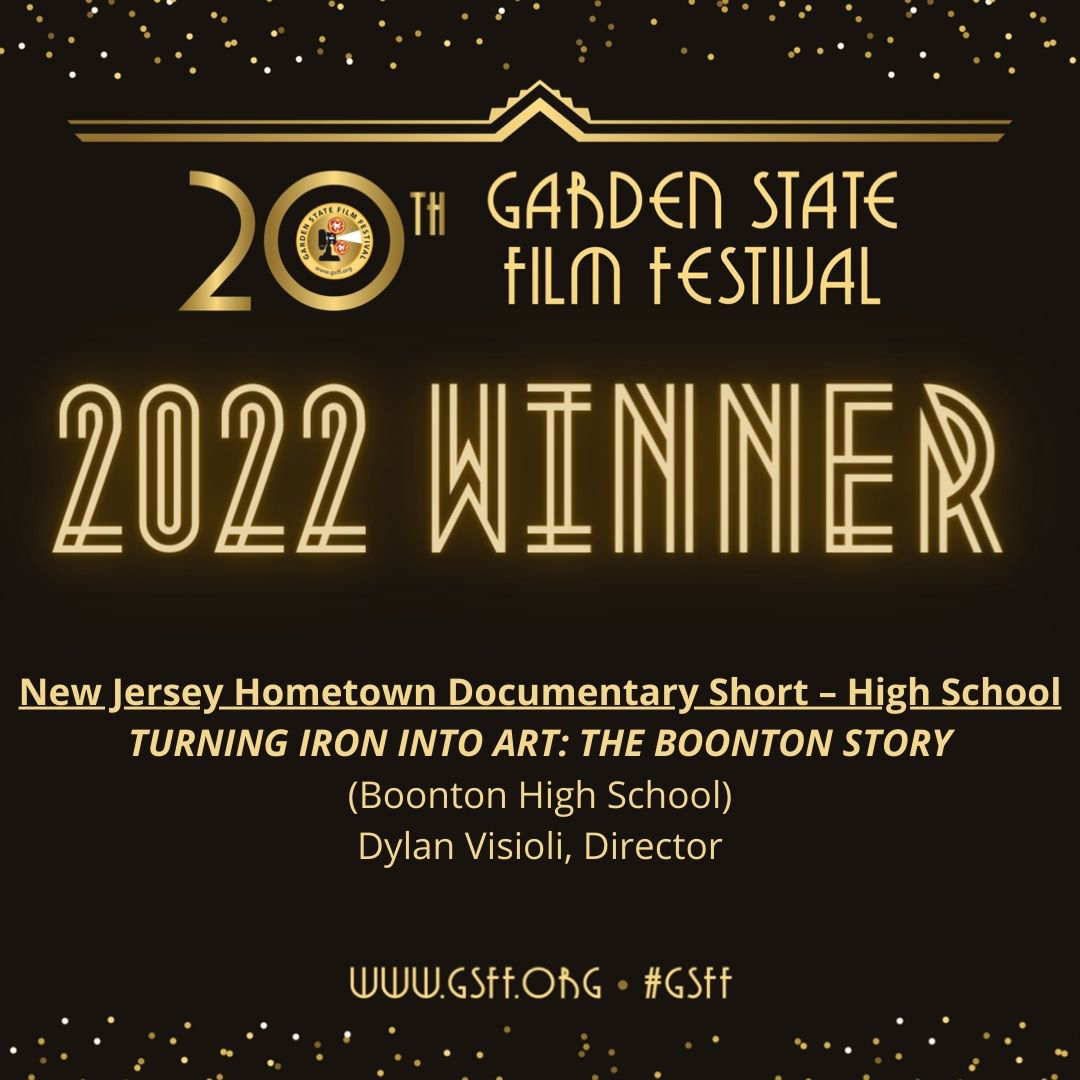