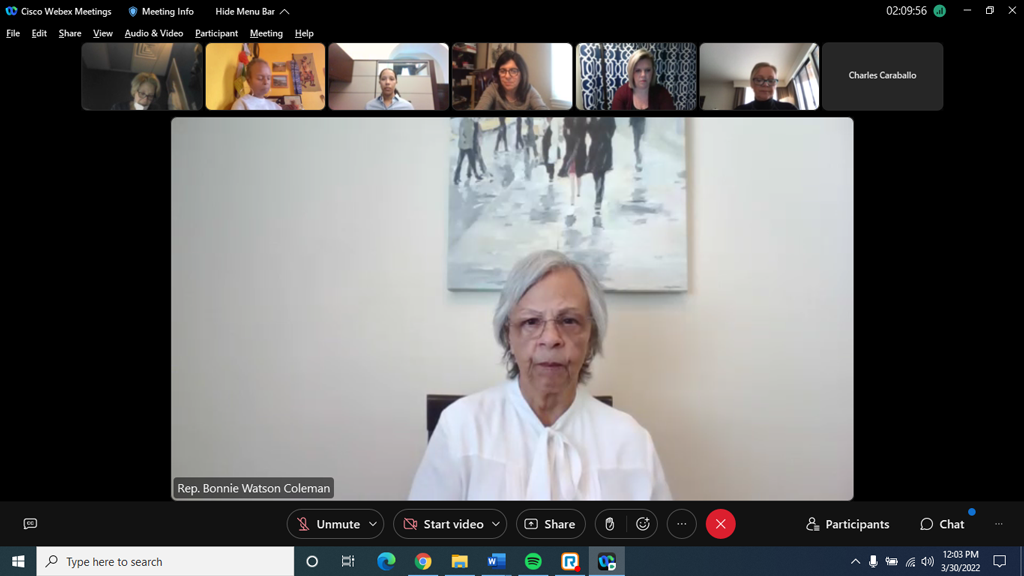 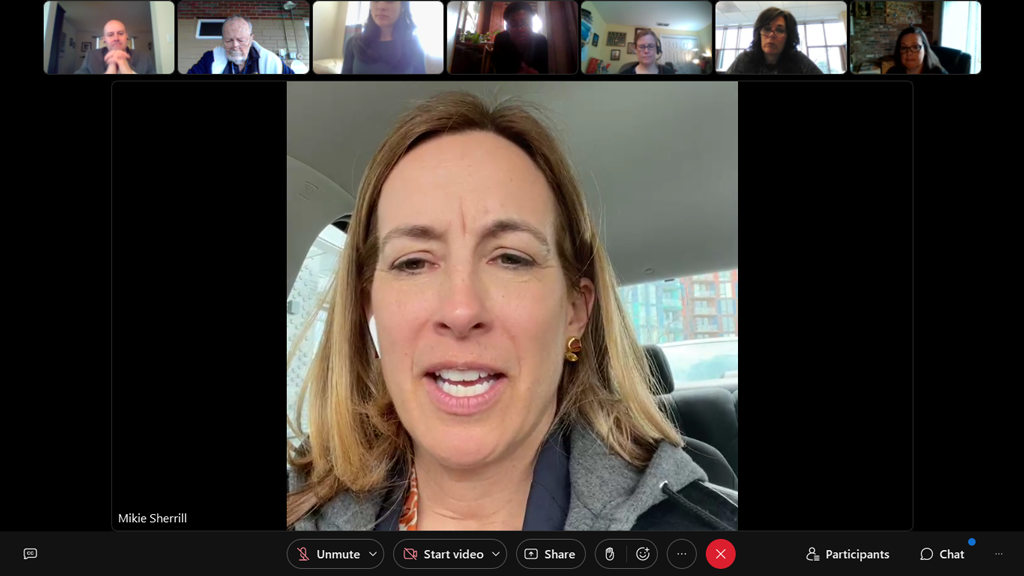 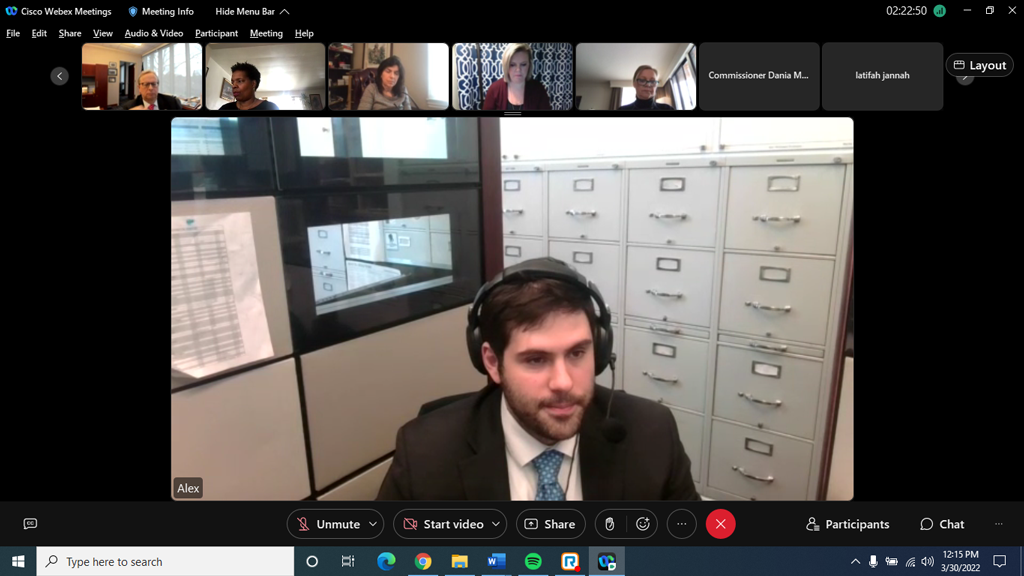 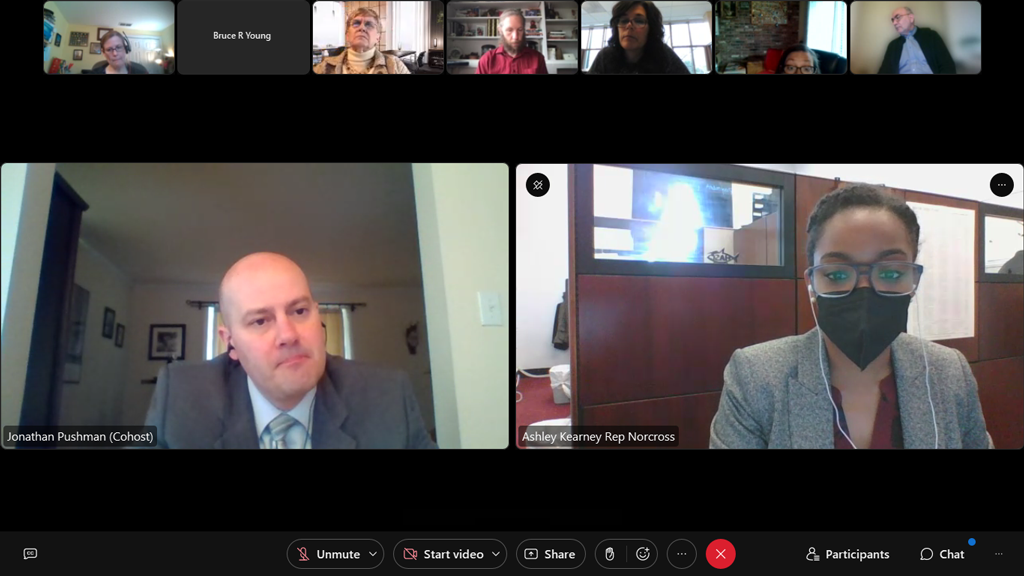 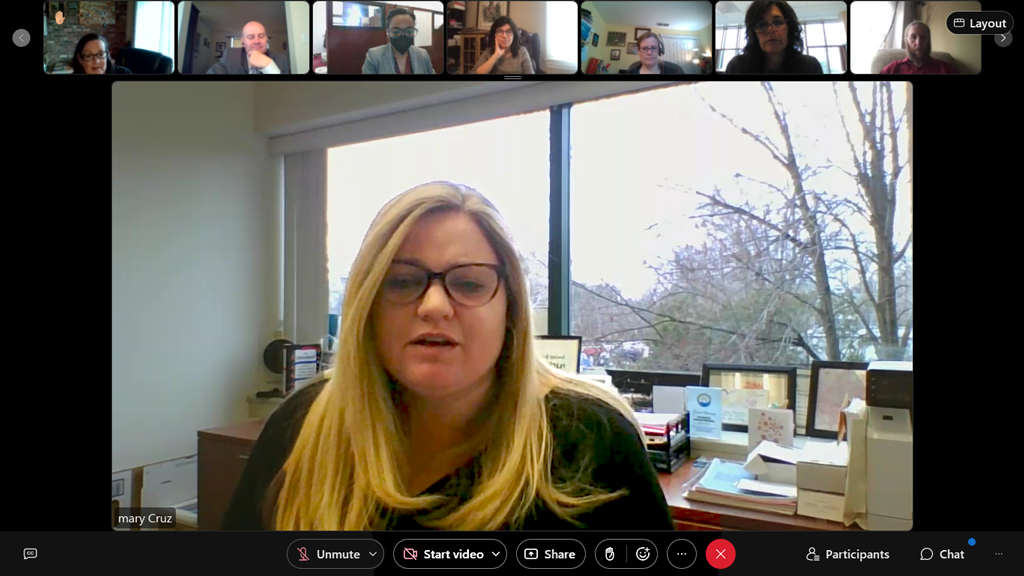 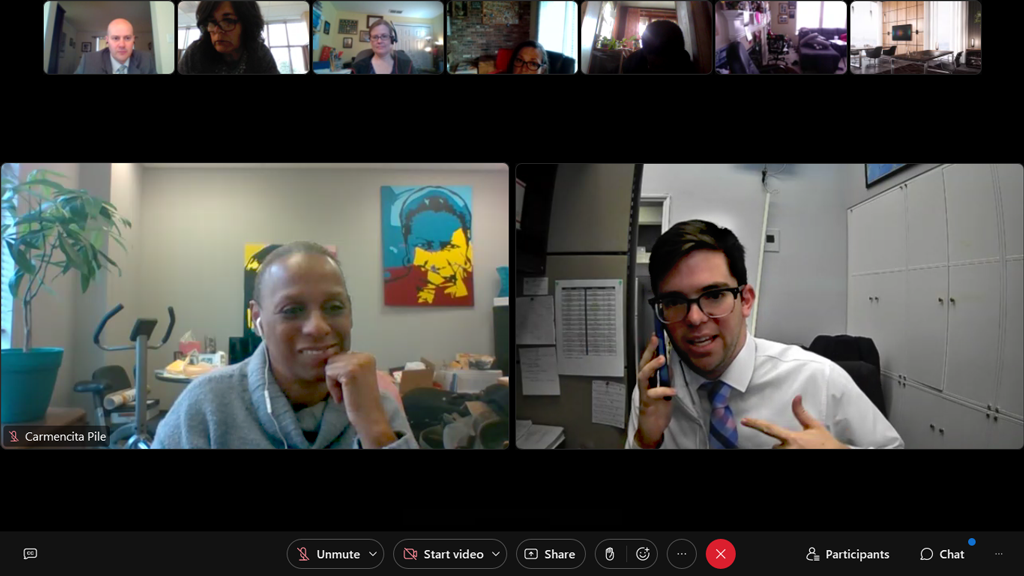 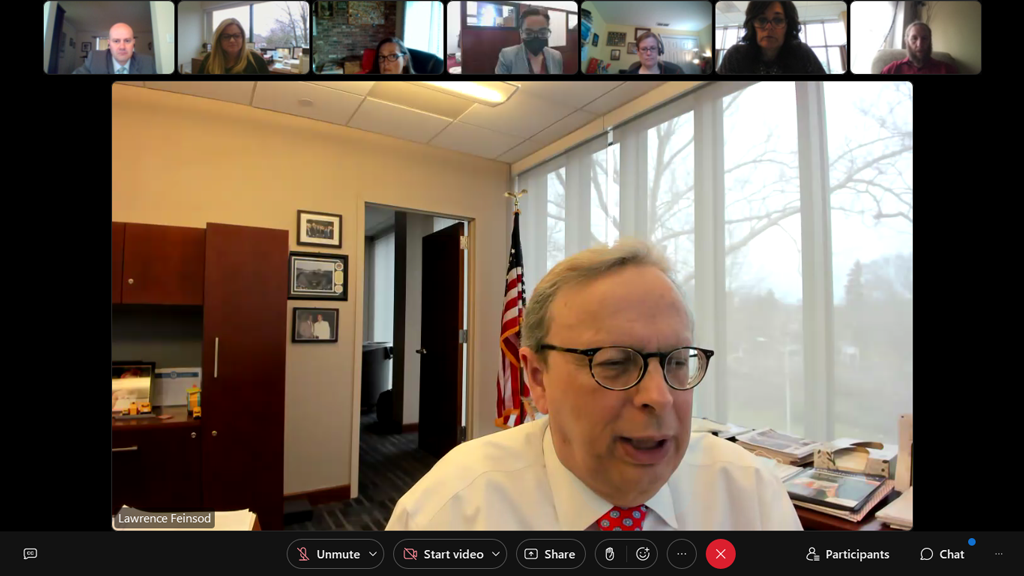 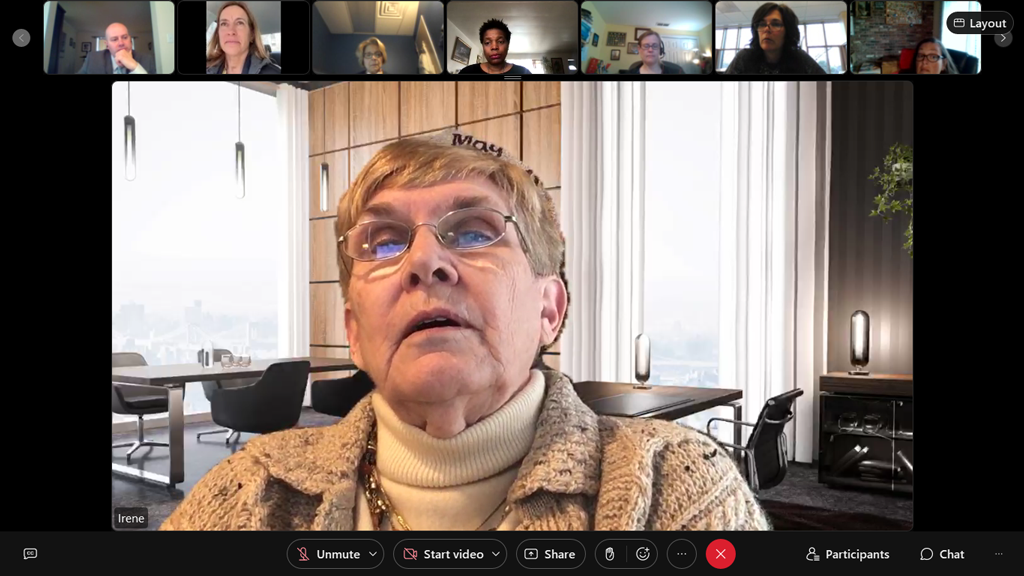 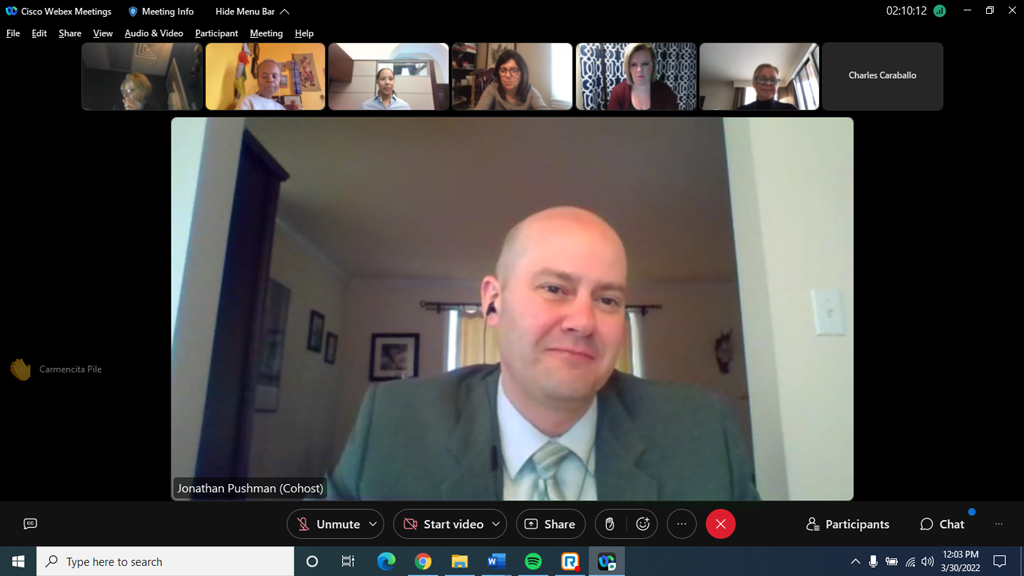 Leaders from the New Jersey School Boards Association and board members from throughout the state met with members of the U.S. House of Representatives and their staff March 30 as part of a virtual visit to Capitol Hill.

Jonathan Pushman, NJSBA’s director of governmental relations, played a key role in organizing the event, which he also moderated.

“We are going to hear from seven congressmen or congresswoman or their staff,” he said in kicking off the visit. “That is more than half the number of our representatives in the U.S. House of Representatives.” (New Jersey has 12 representatives.)

Pushman teamed up with Dr. Lawrence S. Feinsod, executive director of NJSBA; Irene LeFebvre, NJSBA president; and numerous NJSBA officers and members of local boards of education to call attention to issues that education stakeholders want to focus on at the federal level.

LeFebvre applauded the dozens of NJSBA members who turned out for the virtual visit, noting that the NJSBA would not have a seat at the table in Trenton or in Washington, D.C., without their advocacy. “You are the faces and voices that these legislators can depend on to give them information and direction,” she said. “They have no way of knowing sometimes the consequences of legislation they have supported.”

Feinsod noted that some of the proposals in Joe Biden’s budget could significantly affect the school community, including his proposal to provide $20 billion in additional funding for Title I, which is a program that provides technical assistance, resources, and guidance to local educational agencies to ensure economically disadvantaged children receive a fair, equitable and high-quality education by helping to close academic achievement gaps.

Biden’s proposed budget also includes an item that would provide $350 million to improve school staff recruitment and retention and another measure that would provide $1 billion to boost the number of school psychologists, counselors and social workers, Feinsod said. Moreover, Biden has floated a $3 billion hike in Individuals with Disabilities Education Act funding, he said.

NJSBA staff and members highlighted numerous topics during the virtual visit, including the IDEA act referenced by Feinsod, which has never been adequately funded at the federal level. The federal government is supposed to pick up 40% of the costs to comply with the act, but it’s currently reimbursing districts about 13% for special education funding, Pushman said. “This is something we want to continue to advocate for – we want to make sure districts get the funding they deserve,” Pushman said.

Participants also zeroed in on the potential to extend the time districts have to use COVID-19 recovery funding, noting that many districts face supply chain issues that make completing projects before 2024 challenging.

The teacher shortage and ways the federal government could help ease it and/or provide incentives to retain teachers was another topic. “Statistics show that the number of people entering teacher prep programs has declined significantly in the last decade, and the number of folks completing those programs is down as well. We are really in crisis territory at this point,” Pushman said. “There are all sorts of ways we think the federal government could help improve recruitment.  There could be proposals to support educator development, to provide grants for recruitment and to support retention.”

Other topics included bridging the digital divide and making meal availability for all students – which has been made possible as a result of COVID-19 funding – permanent. Several participants noted that when students are hungry, they cannot learn – and there is a stigma that goes along with accepting meals designated for students in need. When meals are made available to everyone, that stigma goes away, they said.

“It is simply impossible to expect a child to learn if a child is hungry,” Feinsod said. “Food and security in New Jersey are huge – bigger than most of us think.”

LeFebvre shared that when she was working in an alternative school setting, she once had a youngster come to school after being absent a couple of days. When asked why they didn’t do their homework, the student became very antagonistic, so she asked what was wrong. “They said they were hungry – they hadn’t eaten in two days,” she said. So, she took the student out of the classroom, made sure they got something to eat, and then the student was ready to get to work.