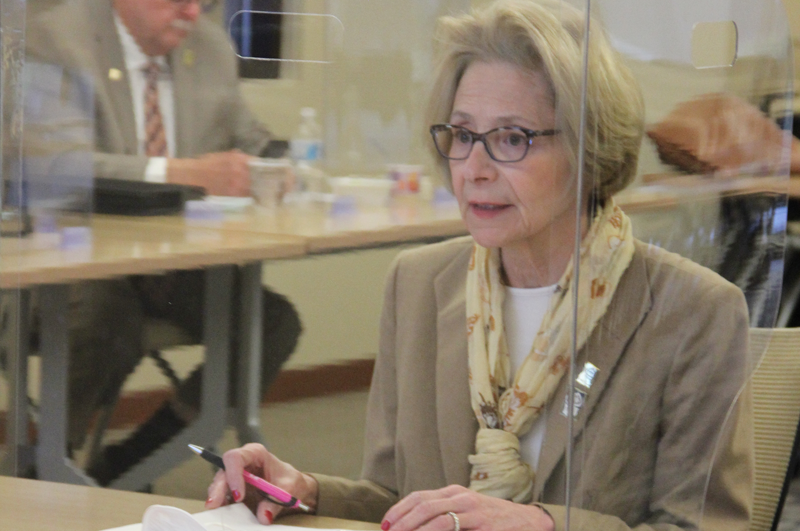 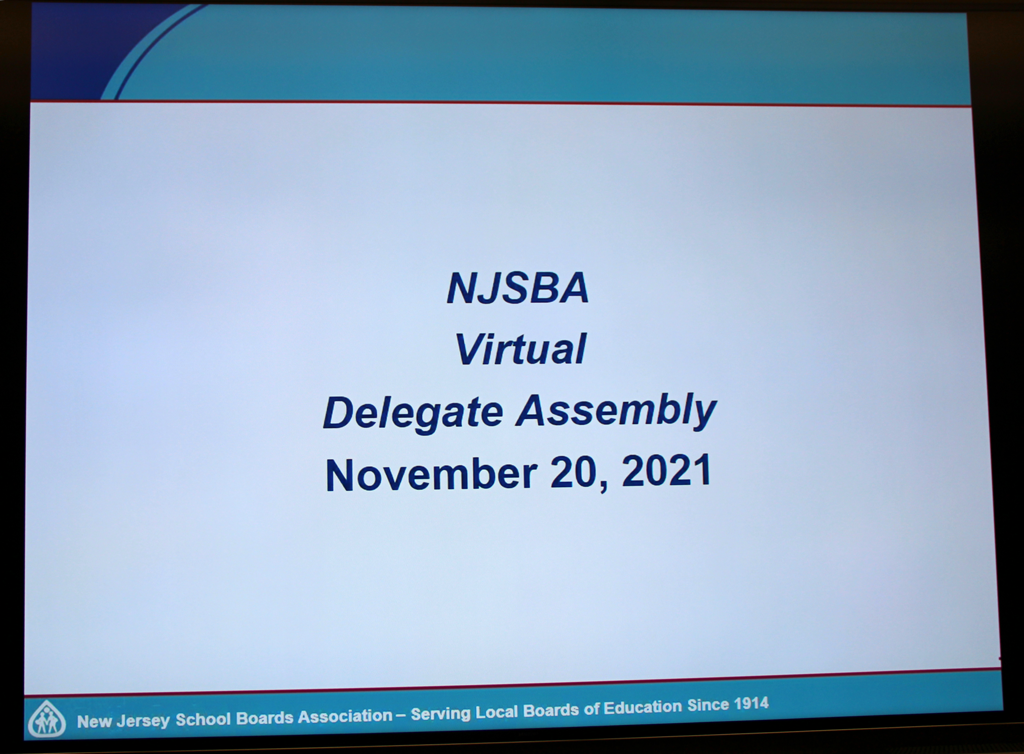 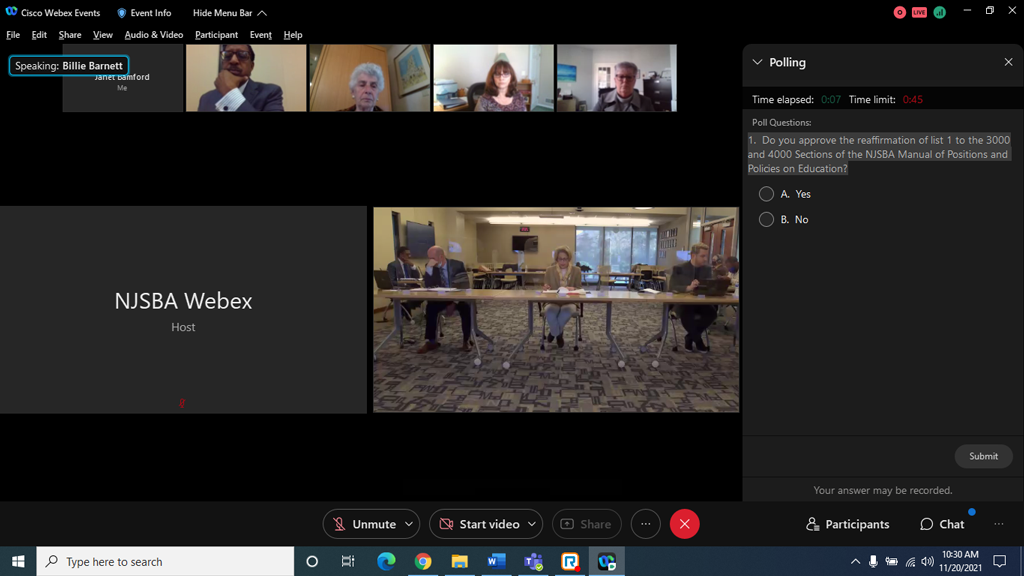 NJSBA President Irene LeFebvre presided over the Nov.  20 Delegate Assembly, noting that the association “rose to the challenge” in delivering a second straight Virtual Workshop.

“Our keynote speakers did a wonderful job, including Maura Baker, the student representative to the New Jersey State Board of Education, who spoke so eloquently,” she said. “I thought she was incredible.”

LeFebvre noted that the NJSBA must continue to encourage boards to take advantage of the information and training it provides. “We know for a fact that highly-functioning boards have a major impact on the achievement of students,” she said. “We have a sacred responsibility to push forward with our mission.”

Noting that he views his remarks as a report to shareholders, he looked back at the association’s recent accomplishments and shared the staff’s vision for continued success and growth.

“We have had extremely positive feedback from board members and others in the education community,” he said of Workshop. The event drew more than 5,000 registrants, and several hundred more participated when you include speakers, sponsors, exhibitors, and guests – as well as parents who tuned in to the annual STEAM Tank Challenge, which encourages students to apply science, technology, engineering, arts and math in response to issues facing the world today. The challenge is open to K-12 public school students in New Jersey and is sponsored by the U.S. Army.

Commenting on the STEAM Tank Challenge, Feinsod noted that its primary indicator of success is its growing participation: 130 teams competed – and they were chosen from 240 teams with more than 1,000 students.

Feinsod also highlighted the Wind Down features that were added to this year’s Workshop, noting that participants appreciated the opportunity to meet in smaller groups where they could chat with each other and NJSBA staff about the issues that were important to them.

“We received such glowing feedback that we are actually planning to institute regular virtual sessions” using the Wind Down sessions as a framework, Feinsod said.

NJSBA’s collaboration with The College of New Jersey and the New Jersey Department of Education, which resulted in the introduction of the Sustainable Jersey Digital Schools Program, also continues to pay dividends, Feinsod said. The program supports schools in meeting the challenges of digital learning; in September, 37 schools from nine districts became the first schools to achieve Digital Star status.

Feinsod also mentioned the numerous research reports that the NJSBA has published over the past year to help school districts navigate the pandemic as well as the resources published for both new and veteran board members, including the latest edition of Fundamentals of School Board Membership.

The NJSBA’s just-approved strategic plan, Feinsod noted, gives it a blueprint to continue in the right direction for the next three years, focusing on key areas such as promoting student growth, providing services for tomorrow’s world, providing professional learning opportunities for effective governance, teaming up with others on public education advocacy and focusing on innovations and technology.

The association did not receive any resolutions prior to the official cutoff date on Sept. 16 for the semiannual Delegate Assembly.

As a regular course of business, the association conducted a “sunset review” of the Association’s positions and policies on education according to standards and criteria, identifying which policies required reaffirmation and which ones required changes, including wording, amendment or deletion. Staff reviewed all policies classified as part of the 3000 Business and Noninstructional Operations and Section 4000 Instructional and Support Personnel.

Staff identified those polices that required reaffirmation and those that required change. The members of the Delegate Assembly received and acted upon those recommendations.

A motion to approve the proposed policy change to File Code 4112.1 of the NJSBA Manual of Positions and Policies on Education passed.

View a video of the Delegate Assembly.