The year was 1977. During a bitter strike, a young Vince DeLucia was a teacher in the South Brunswick school system, where Saul Rubinstein had recently been a student. The school board and teachers union couldn’t agree on wages, and 300 strikers chanted epithets as replacement teachers tried to cross picket lines.

Caught in the middle was Superintendent Jim Kimple, an innovator who was respected by his teachers and staff. The school board had gone to court to fight the teachers. Kimple was within his rights to call the police.

Instead, DeLucia recalls, Kimple called a coffee truck. On a cold January day, he paid for free coffee for all the striking teachers.

“He understood trust and relationships,” DeLucia said. “His focus was on making sure there was no long-lasting damage” from the strike. That lesson in mutual respect wasn’t lost on DeLucia, who after a long career became the educator-in-residence at the New Jersey School Boards Association.

Neither was the lesson lost on Rubinstein, who went on to earn multiple degrees from Harvard University and a Ph.D. from Massachusetts Institute of Technology.

“Chris Christie was no friend of public education,” said Rubinstein, now a Rutgers professor and the director of the Rutgers School of Management and Labor Relations Collaborative School Leadership Initiative. Christie clashed with teachers, favored charter schools, and urged parents to defeat school budgets in districts where teachers had not accepted a wage freeze.

As Rubinstein conducted his research and discussed labor relations with teachers in New Jersey and across the nation, he began to think that there must be a better way.

What if, Rubinstein asked, instead of being goaded into angry confrontations, school board members, teachers, superintendents and parents all worked collaboratively to improve schools and help kids? Rubinstein and other educators began to research union-management partnerships in public education, and they discovered a remarkable trend.

Schools that embraced collaborative leadership, where administrators worked together with teachers on curriculum, instructional practice and problem solving, reported higher student achievement and lower teacher turnover than schools that relied heavily on superintendents to call the shots.

Encouraged by the findings, Rubinstein began to promote a higher level of collaboration among teachers, administrators and parents around the nation and in New Jersey. In March 2022, he published a paper, with two other researchers, outlining findings that showed the positive outcomes collaboration can inspire. Rubinstein, and fellow researchers Dr. Charles Heckscher of Rutgers and Dr. John E. McCarthy of Cornell, concluded that collaboration led to higher test scores for students.

And there was another major benefit. Even in these tumultuous times, teachers who were involved in decision-making and curriculum design tended to stay. Teacher retention rates, the researchers found, were way up, especially in low-income districts, where teacher retention is often an issue.

“For the past three years, we have been conducting a national study on the impact of union-management partnerships and educator collaboration in public schools across the country. As of this writing, our database includes over 450 schools in 25 school districts in six states: California, Illinois, Maine, Massachusetts, Minnesota and New Jersey,” Rubinstein wrote in the March 2022 paper.

Students in schools with high levels of collaboration also had higher math scores, although not quite at the same magnitude.

Educational leaders throughout New Jersey and the nation have endorsed Rubinstein’s work. State education associations representing teachers, principals and superintendents have lent their support. The NJSBA’s DeLucia is an enthusiastic supporter of the collaborative process, and during numerous meetings and conferences, he has encouraged districts to employ the concept.

The National Education Association has pledged $3 million to support the expansion of Rubinstein’s collaborative philosophy in the nation’s public schools, with $1.5 million targeted to expand the New Jersey Public School Labor-Management Collaborative.

In an interview with School Leader, Delran Superintendent Dr. Brian Brotschul described how the program works in his district.

“In this process, we are basically inverting the leadership, which takes a lot of courage on the part of the board and the superintendent, to be able to distribute leadership outward, to others,” Brotschul said.

When he first arrived in Delran, “everything came from the top, right down to the bottom.

“There were really only two people solving problems in the district, the superintendent and the president of the (teachers) association,” Brotschul said. “We have a lot of good people here. It didn’t seem like we were utilizing our resources effectively.”

Now, the district solves problems with leadership teams, comprised of “the folks who are actually closest to whatever the challenge was,” Brotschul said. Instead of relying on a small handful of people to solve every problem, Delran employs the talents of dozens of caring and creative people, all offering their best solutions to whatever problem they need to address.

“We’re all problem solvers. Together, we’re all invested” in finding the best outcome, said Kathy McHugh, a kindergarten teacher and secretary of the Delran Education Association.

“The board and the superintendent create the psychological safety that’s necessary,” she said.

“It’s very important for teachers to be able to bring their voice to the table … and not feel like there’s going to be retribution for having a concern or not agreeing with something.”

Working together, instead of confronting one another, creates a profound change in the school climate that affects every kind of decision-making, said Delran Board of Education President Glenn Kitley.

“It sounds very simple,” Kitley said. “But simple is not easy. If you trust the people, if you trust that you’re going in the same direction, you have the same goal, then it will work,” he said. As people share ideas and have their opinions heard, “you see the enthusiasm that is generated, and it’s such a cool thing to see happen, and to see why it happens.”

In New Jersey, the collaborative has grown to include 23 districts and 128 schools, covering nearly 500 administrators and more than 7,600 teachers statewide. Collectively, they serve 77,000 New Jersey students, according to Steve Flamisch, director of media relations for the Rutgers School of Management and Labor Relations.

Improved Relations in Metuchen Dan Benderly, a board member in Metuchen, Middlesex County, told School Leader that the “real beauty” of the collaborative process is that it requires different perspectives to be considered before decisions are made.

The process created by Rubinstein ensures that the input received from all participants is genuine. Benderly said he was surprised, for example, to hear at a meeting that some teachers felt that the board did not listen to what they had to say.

“I’m sitting there saying, ‘That’s not true. We’re constantly asking the superintendent what the teachers and staff think.’” But he learned that some teachers felt they weren’t being properly heard because the school administration had been selecting the faculty members who would represent the teachers.

“There was no mechanism in place for direct interactive communications,” Benderly said. “The administration was well intentioned, but communications were being filtered through multiple levels of administrators.”

Now that Metuchen is employing the collaborative process, teachers, and administration co-chair committees and faculty members decide who will represent them, Benderly said.

In a top-down system, where decisions arrive preordained, it’s human nature that those who are affected by the decision may work to undermine it. People don’t like being told what to do without any explanation or any chance to have input, Benderly explained.

“If you’re in an antagonistic relationship, and your partner is shooting themselves in the foot, you’re happy to let them do it, right?” Benderly said. But in a collaborative relationship, “I’m going to help you, I’m going to support you. If you fail, I fail.” 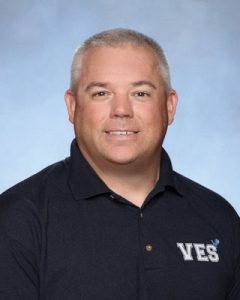 Collaborative Work Saves Time In Montgomery Township, Somerset County, teachers union president Jim Dolan explained that a collaborative relationship requires a high level of trust among all of those working together.

“It’s a relationship. You have to build trust, so you have to be patient with it,” he said. In Montgomery, school administration, staff, and the school board have been collaborating for nine years.

In addition to an improved climate in the school and consistently high student achievement, Dolan has found that collaboration saves time. In Montgomery, teachers are invited to work with school board committees before proposals are released.

“That doesn’t happen in many school districts,” Dolan said. “We’re right in the room as the discussion is happening. You can question, ‘Why was this money moved? Or why was this decision made?’”

In that way, the school board knows the union’s stance before a proposal is released, and in many cases, consensus is already achieved before an idea is made public. No time is wasted in “back-tracking” or trying to fix a proposal that has gone off the rails. Collaboration adds to the feeling that the district is run in an atmosphere of mutual respect, he explained.

“It doesn’t mean that you can’t have differing opinions,” Dolan said. “But you do also understand the lens that another person is seeing something through.”

DeLucia sees tremendous value in collaboration, especially at a time when political divides are wider than ever.

“These strategies are absolutely bridge builders in controversial times,” DeLucia said. Through the collaborative strategies espoused by Rubinstein, “the barriers that were between people are reduced.” Instead of focusing on differences, DeLucia said, “it’s about how we can change the climate in a positive way.”